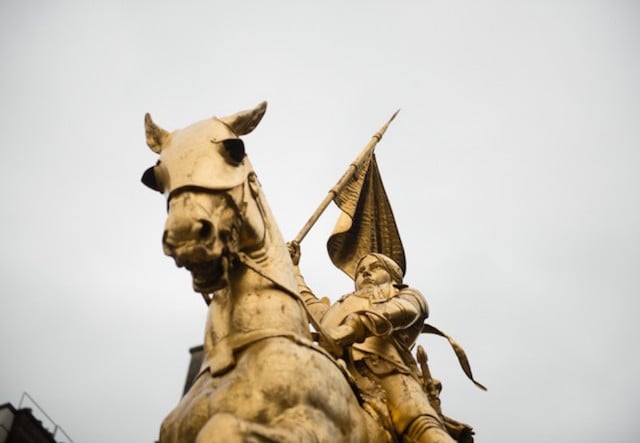 Understanding your legal rights as a photographer can often be confusing and overwhelming. From copyright infringement to fair use to DMCA, there are a number of legal concepts that every photographer should be familiar with. Here are eight important legal cases that are illustrative of these concepts and the importance of registering your copyright.

Microphotography expert Andrew Paul Leonard’s photographs of bone marrow stem cells were stolen and used on the Stemtech website and other marketing materials.

The court ruled in Leonard’s favor for copyright infringement awarding him $1.6m in actual damages. However, he was denied statutory damages because he didn’t register his images until after the infringement occurred.

Philip-Lorca DiCorcia photographed Hasidic Jew Ermo Nussenzweig walking on a public street in New York without his knowledge or consent. DiCorcia sold 10 prints of the image for between $20,000 – $30,000 through the Pace/McGill gallery. Nussenzweig sued DiCorcia and the gallery for privacy and religious reasons.

The court ruled that the photograph was art, not commerce, and protected by the First Amendment.

Patrick Cariou published a little-known book of the Rastafarians in Jamaica in 2000. Eight years later, appropriation artist Richard Prince reprinted some of these images and added his own “jarring” artistic flourishes. The art was displayed and sold through the Gagosian Gallery in New York. In 2009, Cariou sued for copyright infringement.

In 2013, the Second Circuit overturned a lower court’s ruling, and ruled that 25 of 30 alleged infringements were transformative enough to be considered fair use.

Photographer Richard Reinsdorf sued Skechers for using his images in certain advertisements beyond the previously agreed license. Reinsdorf claimed damages as a percentage of Skecher’s total revenues, amounting to $250m. Skechers claimed that they were co-authors of the images because they retouched the final images.

The court ruled that Skechers claims of co-authorship were dubious, but couldn’t find a causal relationship between the infringement and revenue. Additionally, Reinsdorf failed to register his images prior to the alleged infringement, and thus was denied statutory damages.

Key concept: Social media terms of use and copyright violation

In the wake of the 2010 Haiti earthquake, photojournalist Daniel Morel posted some of the first photos of the disaster on Twitter. As the images spread through social media, AFP took the images from another user’s Twitter feed and began distributing them through their wirefeeds, reasoning that they had a legal right to download and distribute per Twitter’s terms.

Celebrity blogger Perez Hilton copied and republished photos of actor Darren Criss that were only published on photographer Robert Caplin’s website. In addition to the theft, Hilton removed the visible watermark from the images in direct violation of the Digital Millenium Copyright Act. Caplin sued for $2.1m which included a claim for statutory damages.

This case is pending.

Although neither of these images has resulted in a lawsuit, they pose interesting thought experiments into the concept of ownership.

At the Oscars, host Ellen Degeneres initiated a group selfie, which was ultimately triggered by Bradley Cooper. In Indonesia, a macaque took photographer David Slater’s camera and took a series of selfies, which were subsequently published by a third party on Wikipedia. Wikipedia refused to remove the images despite a takedown notice by Slater on the grounds that a non-human actor cannot hold a copyright, and only a copyright owner can initiate a DMCA takedown.

Ultimately, the Ninth Circuit Court ruled that the thumbnails were Fair Use because they were “highly transformative” owing to the resizing of images, and because their intent was changed from entertainment to informative. The progressive decision stated, “…search engine technology provides an astoundingly valuable public benefit, which should not be jeopardized just because it might be used in a way that could affect somebody’s sales.”