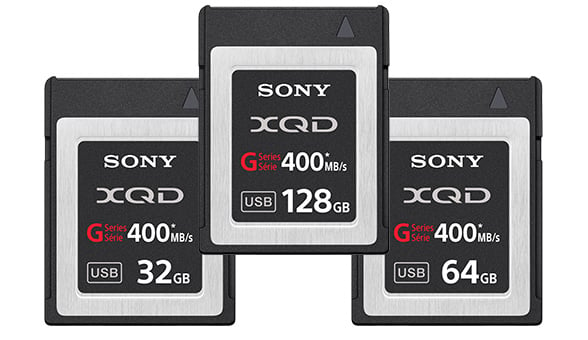 Actually announced back in September but now finally attached to release dates and price points, Sony recently debuted a new “G” series of XQD cards that feature lightning fast read/write speeds for all the 4K junkies out there.


The new G line was announced alongside the 4K FS7 camcorder from Sony, and feature a max read speed of 400MB/s, a max write speed of 350MB/s, and up to 128GB of storage. Those speeds make them three times faster than the “N” cards that came before them, and more than two times faster than the second-generation “S” series.

Pair those times with the USB 3.0 reader included with each card purchased, and you get PC transfer times that Sony claims are twice as fast as the fastest CF cards on the market, “even for large quantities of RAW images or data-intensive 4K video files.”

That’s a lot of money to spend on a memory card, but if you dropped $6,500 on a Nikon D4s or you shoot with one of Sony’s newest 4K filmmaking tools, that’s a premium you might not mind paying.