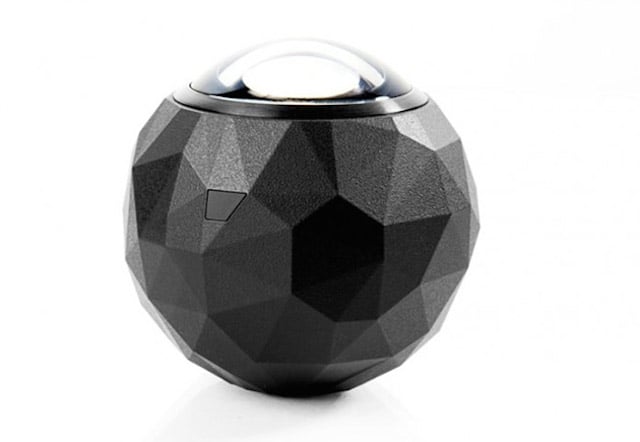 This little device is the 360fly: a waterproof WiFi and Bluetooth-equipped action camera with an optical claim to fame. You see, its 360º horizontal and 240 degree vertical fisheye lens is, according to creators EyeSee360, the widest on the market.

And because it uses a single lens and sensor, the action camera eliminates the need to stitch together the video. Instead, the designated app, designed to be used both with iOS 8 and Android 4.3, allows you to swipe through the various views.

The only real downside to the little spherical waterproof device is that the 16GB of internal memory is all you get. For one reason or another, the 360fly doesn’t feature an expandable memory slot, so you’ll be limited when out in the field until you can transfer files to your mobile device using WiFi.

EyeSee360 has amassed quite the following despite the 360fly’s limited abilities. So far they’ve raised over $17.8 million from investors, which looks promising for future consumers.

For now, the camera is still very much in production, with a vague release timeframe of ‘Spring 2015’ and a yet-to-be-determined price tag. We’ll be sure to let you know when it hits the shelves though. In the meantime, enjoy the sneak peek above.

Rare Portraits of the Nigerian Royal Court from the Mid-1900s