Three time Pulitzer Prize-winning Washington Post photojournalist Michel du Cille was saddened to find out yesterday that Syracuse University decided to ‘uninvite’ him from a workshop because he was in Liberia covering the Ebola epidemic 21 days ago.

He calls the response ‘alarmist,’ while Syracuse argues that their first responsibility is to protect their students.

du Cille has been on assignment for the Washington Post in Liberia covering the Ebola crisis, but he returned over 21 days ago, putting him officially outside the accepted incubation period for the disease.

Because of this fact, du Cille has done little to conceal his consternation at Syracuse dean Lorraine Branham and provost Eric Spina’s decision to withdraw the invite from a journalism workshop he and his wife were supposed to attend.

“It’s a disappointment to me,” du Cille told The Washington Post. “I’m pissed off and embarrassed and completely weirded out that a journalism institution that should be seeking out facts and details is basically pandering to hysteria.” 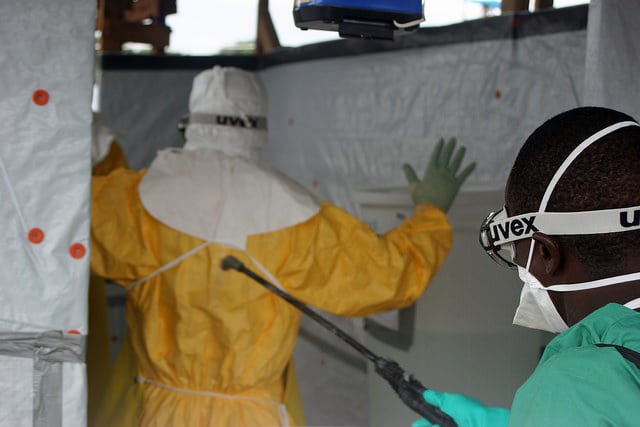 For Syracuse’s part, Spina says that, after one student raised concerns, they felt the needed to act to prevent causing a panic. Other students and parents would have likely become alarmed, and so they, “thought it best to proceed with an abundance of caution.”

That abundance of caution, however, has tarnished the university’s reputation in du Cille’s eyes. In his mind, the students have now missed a chance to learn about the Ebola crisis from someone with first hand experience.

And though both Branham and Spina say he will be invited back at a later date, the fact that du Cille is saying Syracuse, “pull[ed] the hysteria and xenophobia cards,” leads us to think he won’t be accepting the next invite.

A List of The Best Lenses for the Nikon D810