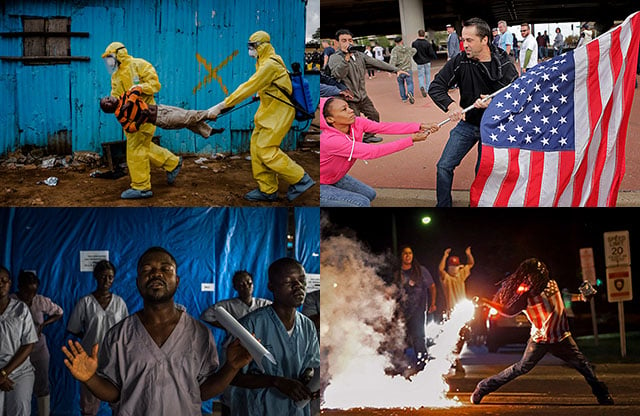 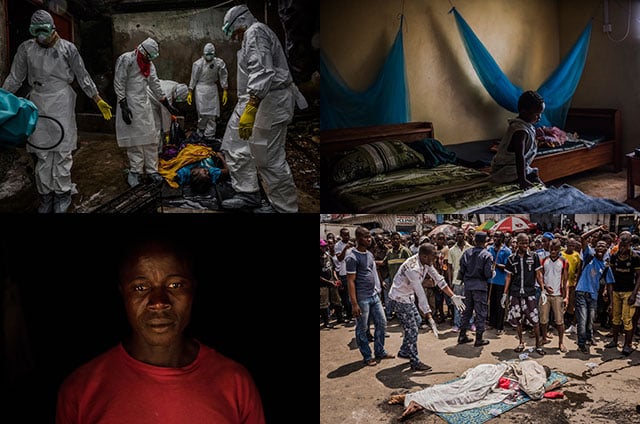 Daniel Berehulak won the 2015 Pulitzer Prize for best Feature Photography for his “courageous photographs of the Ebola epidemic in West Africa.” Berehulak spent weeks in the epicenter of the Ebola outbreak, putting his own health on the line to share images from the front line in the battle against the disease.

In nominating Berehulak for the prize, the New York Times wrote in its cover letter that Berehulak had spent four long months on the project, often cloaked in full-body protective gear in the searing African heat, and once even having a scare when a spray of unknown fluids landed in his mouth and eye.

“These photos of Ebola and its impact are not easily forgotten,” the Times writes. “We very proudly nominate Daniel Berehulak for the Pulitzer Prize for Feature Photography.” You can find a selection of the winning photos here. The Pulitzer organization awarded the St. Louis Post-Dispatch Photography Staff the 2015 Pulitzer for best Breaking News Photography for its “powerful images of the despair and anger in Ferguson, Missouri, stunning photojournalism that served the community while informing the country.” The winning photos can be viewed here.

Many of the newspapers that won Pulitzer Prizes today shared photos of their journalists being honored for their accomplishments in their respective newsrooms:

@cdweaver and @stefaniei celebrating their #Pulitzer as part of the @WSJ's amazing #Medicare Unmasked team! pic.twitter.com/KhWBds6rwp

Congrats to @CarolLeonnig of @washingtonpost for her #Pulitzer on national reporting! What a day! pic.twitter.com/j6CtY15sel

You can find the entire list of this year’s winners here.

Lightroom CC Will Be Announced Tomorrow

Woman Pointing Smartphone Camera at Police Has It Snatched and Smashed