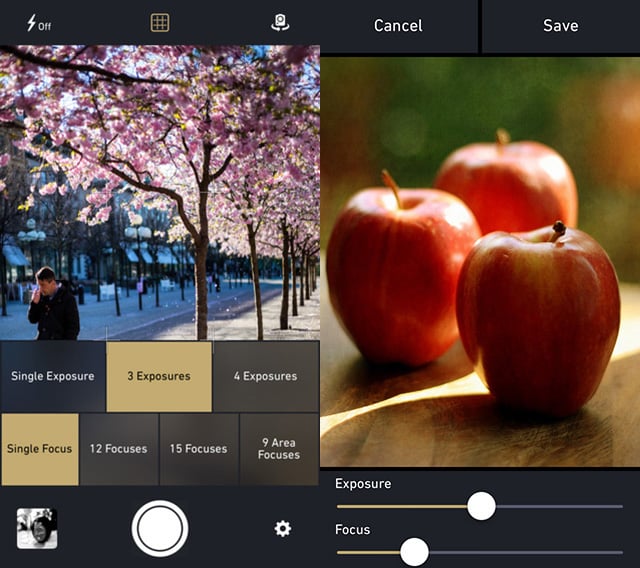 Ever since iOS 8 was released, most major camera apps have released updates allowing you to control things like exposure, focus, ISO and more thanks to the unprecedented access to iOS camera settings the new release allowed.

The MultiCam app also lets you adjust focus and exposure on iOS 8… but it handles things a bit differently. It lets you do it AFTER you’ve taken the shot, and it uses a creative approach to doing it.

When you open MultiCam and frame up your shot, you will be given the option to select up to 15 focus points and 4 different exposures before you take the shot. Then, after the shot is taken, all of those resulting combinations are available to you. 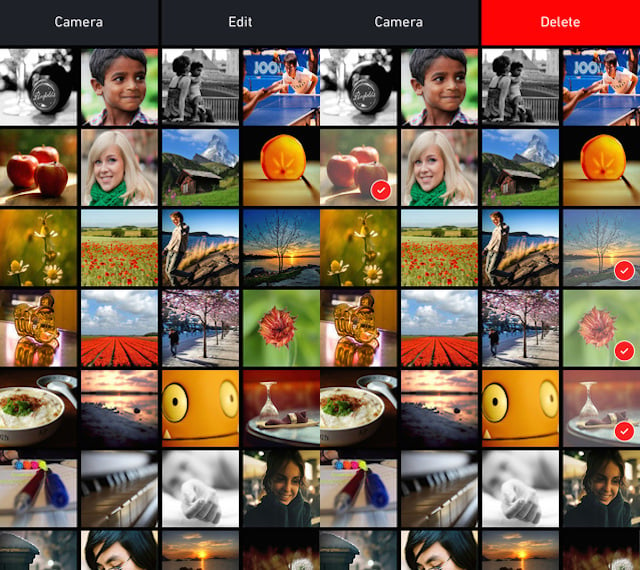 The final image is presented to you in a gallery like you see above, and when you click on it, you’ll see sliders that will allow you to adjust the exposure and focus as needed. Once it’s dialed in, you save the photo to your iPhone’s gallery and delete the hefty MultiCam version.

It’s a neat idea, combining take-now-focus-later and take-now-set-exposure-later into a single app that features an extremely simple and straightforward UI. To find out more or pick your copy up for $2, head over to the iTunes App Store by clicking here.

Photographer Finds Massive De Oude Delft 105mm f/0.75 Lens, Manages to Use it with His D610