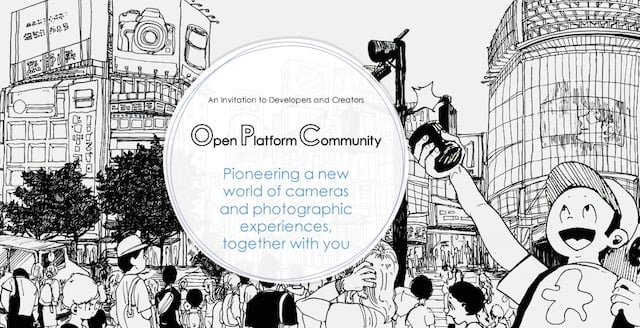 It looks like Sony started something with its QX-series lens cameras. Olympus, with some help from MIT, is jumping on the bandwagon at Photokina where they’ve debuted a Micro Four Thirds interchangeable lens module that is meant to connect up with your smartphone and tablet and be used much the same way the QX cameras are.

The module is part of a project Olympus is calling the ‘Open Platform,’ and the goal is to partner up with developers the world over to, “pioneer a new world of experiences that will change the world of cameras and photography.”

Details are fairly slim, but the idea is a familiar one if you saw the Sony QX1 Announcement: Lenses + Lens Camera Module + Smartphone = Fully Functional Camera (click on the graphic for full-res version): 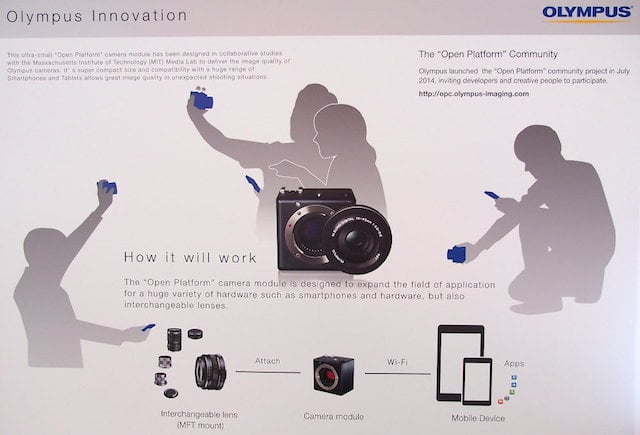 Where the ‘Open Platform’ sets itself apart from Sony’s cameras is with the word ‘open.’ The point of the module is to engage a community of developers who can push it and use it in ways that Olympus’ own internal engineers might never think to.

To learn more about the project or sign up to receive more information and maybe help contribute to it, head over to the Open Platform global website by clicking here.

(via ePHOTOzine via 4/3 Rumors)