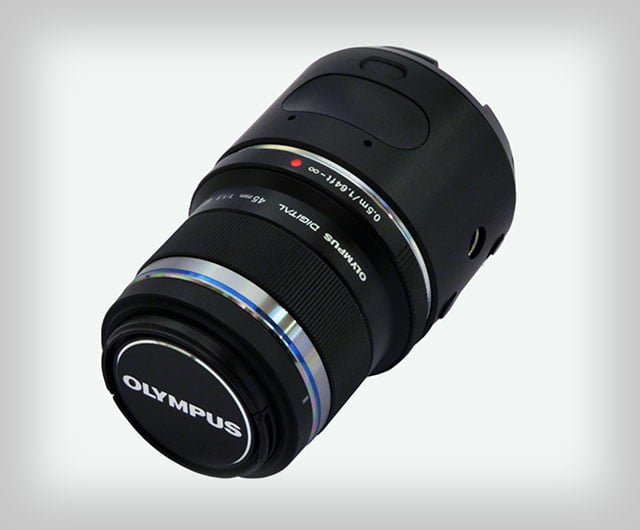 Back in September of this year, Olympus announced that it would be trying its hand at “lens cameras” with a new “Open Platform” project. The goal is to create a camera module that features a sensor, a lens mount, and wireless pairing with a smartphone.

Early illustrations showed a cube-like camera, but Olympus is now showing off a new rounded prototype that looks a lot more like a lens than it does a camera. 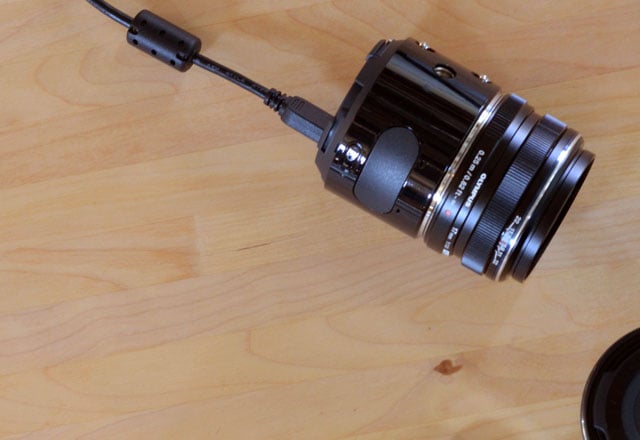 According to 43 Rumors, which received the photos below from a tipster named Alvin, the gadget was being exhibited at an electronics event in Tokyo: 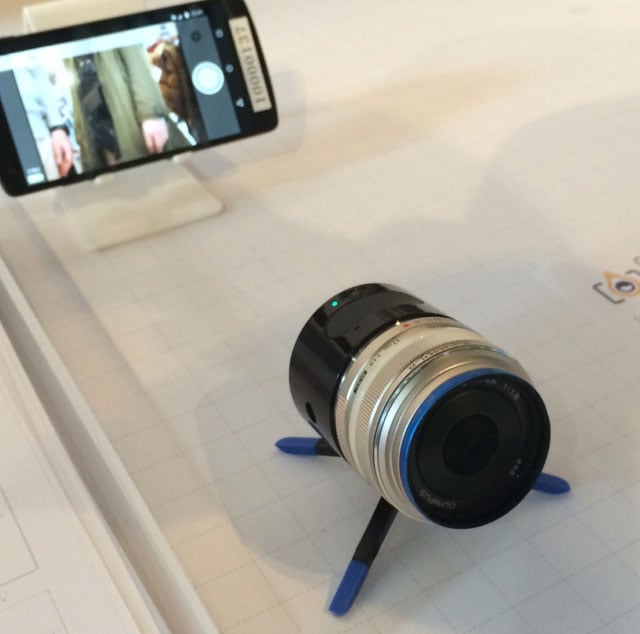 As you can see from the shot above, the camera takes a Micro Four Third lens in the front and then can wirelessly beam its live view to a paired smartphone. A camera control on the smartphone will allow you to snap photos and adjust settings.

The new sleeker design is much more reminiscent of the Sony QX, which lets you pair a Sony camera lens with a Sony smartphone. It features a shutter button on top and three tripod mounting locations. An illustration on the Olympus site also suggests that a propeller could be attached to the camera to turn the device into some kind of smartphone-controlled drone for aerial photography: There’s still no indication as to when Olympus is planning to release this camera to consumers or how much it will cost when that does happen.

Silhouettes of Swordsmen Framed by the Setting Sun