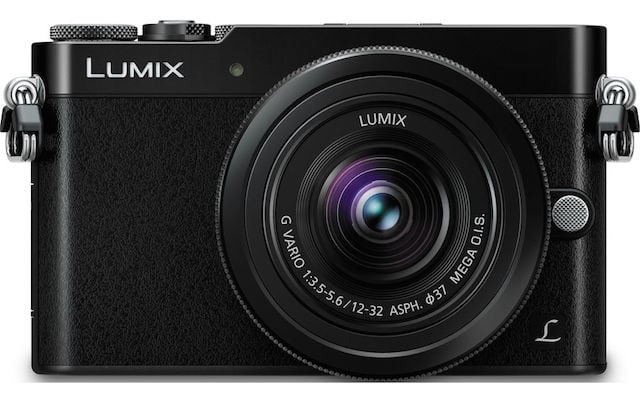 The last of Panasonic’s camera announcements from the Photokina floor today is a second member of its super compact GM lineup of system cameras, the Lumix DMC-GM5, which was accompanied by two new GM-series lenses for good measure.

Last year, Panasonic impressed with the Panasonic GM1, a very compact interchangeable lens camera (ILC). This year, the company decided to continue down that road and up its game with the GM5. The GM5 features the same 16-megapixel Micro Four Third (MFT) sensor as its predecessor, but improves upon a number of features the GM1 debuted with.

For example, just to the left of its hotshoe you’ll find an all-new EVF with 1.1 million dots, designed to work seamlessly with the included external flash. The update also brings a new control dial on the back to compliment the touchscreen interface; and despite using the same sensor as the GM1, the GM5 is now capable of pushing out 1080p video at up to 60 frames per second. Speaking of video, the GM5 features a dedicated video mode called Snap Movie. This allows you to edit videos in-camera for quick sharing across social media — you’re able to trim clips, add transitions and more. Of course, on the small, sometimes finicky touchscreen, this feature might become nothing more than a novelty… but we’ll have to reserve judgement until we’ve tried it.