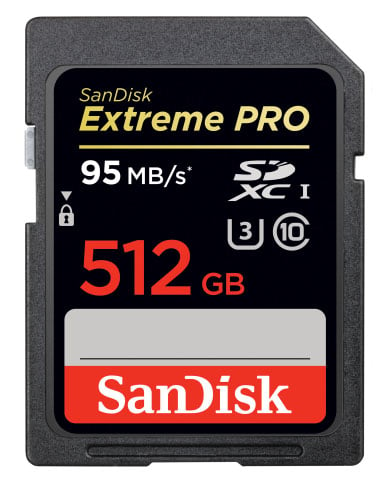 The company is marketing the card is one that will help professional photo and video professionals “prepare for the future” — a future in which people are recording 4K video left and right with the cameras in their pockets.

In just the past decade, SD card capacity has increased by 1,000 times. The first SD card that was announced in 2003 weighed in at just 512 megabytes. To understand how large this new card is, consider this: it will allow photographers to store roughly 200,000 8MP JPEG photos or about 20,000 8MP RAW photos.