After unveiling Apple’s latest lineup of iPhones, Tim Cook got back up on the Apple stage and said the now-iconic words that Steve Jobs became known for, “one more thing…”

That one more thing was Apple Watch, affectionately referred to as Watch if you like symbols. And while a watch is traditionally more of a fashion accessory than a functional tool for photographers, the wrist-worn device definitely has some neat photography-related capabilities. 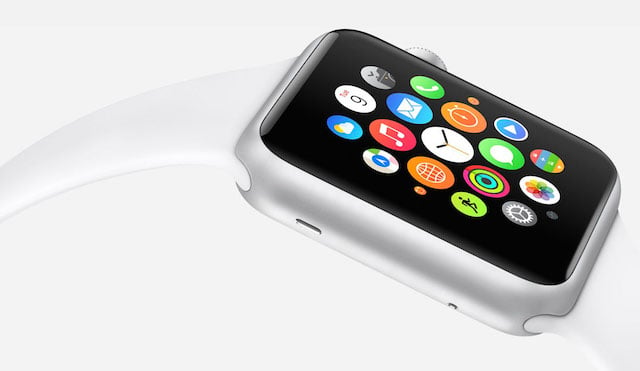 First, the basics. The Watch is set to be released ‘early 2015’ and will come in two sizes and three separate models, ensuring you can mix and match the device to fit your taste.

It features an intriguingly complex touchscreen display alongside a ‘digital crown’ that allows you to navigate through the various menu systems, scroll, zoom and otherwise interact with the UI without solely relying on touching the tiny screen.

Details such as battery life and waterproofing were missing from its introduction, but Tim Cook and company did point out some features that may appeal to us photographers. 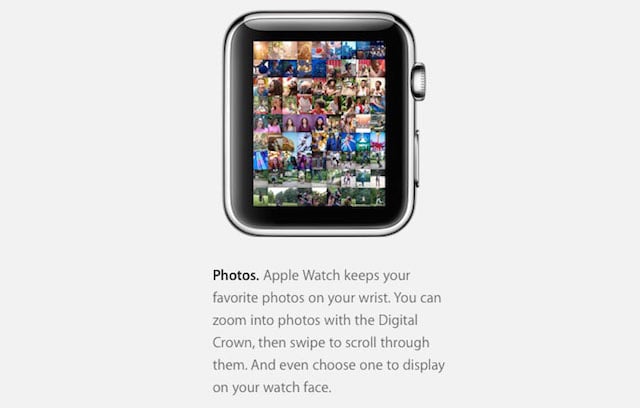 The most obvious feature, displayed throughout its introduction, is the ability to browse through your iPhone’s photo library. Capable of connecting to other iOS devices all the way back to the iPhone 5, the Watch synchronizes with your phone to display your complete Camera Roll on the go.

Done in a similar fashion to browsing through it on an iOS device, the Watch lets you see an overview of your images that can be zoomed/panned into smaller sections using either a tapping motion or the ‘digital crown.’ Once you’re down to a single image, you can scroll between them by swiping left and right, as we’ve become accustomed to.

Another feature that wasn’t shown off in the keynote, but was mentioned by Cook and also previewed as a feature on the Watch product page, is the ability to use the Watch as a live view remote for your iOS device’s camera. The inclusion of a shutter button and countdown timer are welcomed features as well. As many developers were hoping, but were unsure, the Watch will be released alongside WatchKit, an SDK that will allow them to leverage its unique form-factor and capabilities to add even more functionality to the device. This essentially means its uses for photographers are only limited by the imagination of developers.

Imagine live-viewing your GoPro from your watch? How about controlling your Canon 6D’s exposure through it? The possibilities are exciting to think about and we can’t wait to see how developers jump on this new device.

The Watch will be available for $350 at launch. To check out more information, view other features, and take a look at the different models, head on over to Apple’s dedicated product page and browse to your heart’s content.

This DIY Pinhole Camera Was Inspired by the Iconic Diana F