It’s been an admittedly volcano-heavy week here on PetaPixel, but it’s hard to pass up the opportunity to share amazing aerial photographs of erupting Icelandic volcanoes, GoPro video taken at the fiery edge of a volcano where only a few people have ever stood and, finally, the footage above of a volcano in Papua New Guinea going “BOOM!” in very literal terms.

The video was captured by taxi driver Phil McNamara, who was on vacation with his wife Linda on August 29, out on a boat in Papua New Guinea, when Mt. Tavurvur decided to blow its top.

“It was a spur of the moment thing to head out and film the volcano,” McNamara told the Brisbane Times. “I thought I might as well try and capture something you rarely get to see.” It’s a good thing he did. Despite admitting that the group he was with “absolutely crapped themselves” when the sonic boom hit, the video went viral after his wife posted it to Facebook and he’s received a flood of media requests from all over the world.

Fortunately for McNamara and his fellow tourists, this particular eruption was relatively weak in comparison to previous blasts Tavurvur has delivered. A 1937 eruption killed 500 people, and another in 1994 (helped along by an eruption by nearby Vulcan) destroyed two-thirds of the nearby town of Rabaul.

(via The Weather Network)

P.S.: These before-and-after satellite images captured by NASA on April 27th and September 2nd, respectively, show the massive ashfall from this eruption: 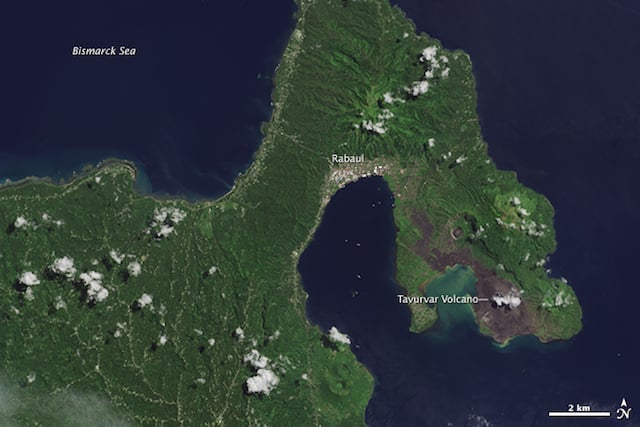 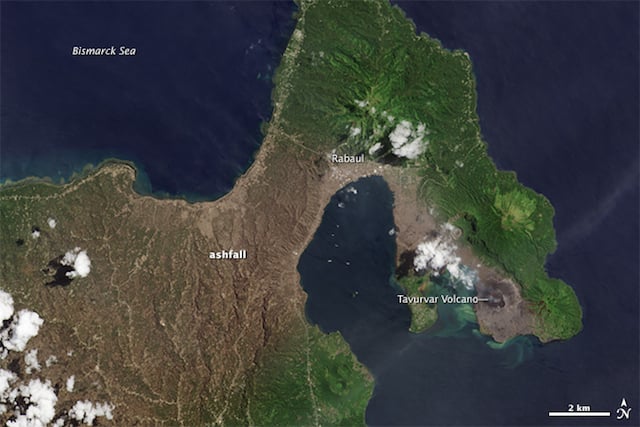 I Am Not A Wildlife Photographer…

PSA: Declare Your Lithium Ion Batteries or You Might Set Your Plane on Fire