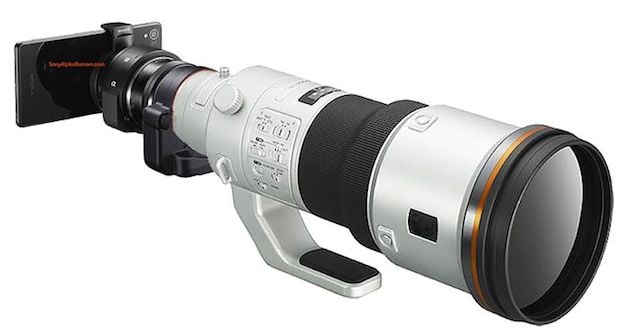 Now that Sony’s QX1 — basically a smartphone add-on that lets you use E-Mount lenses with your phone — has arrived, it was inevitable that people would take these new interchangeable lens capabilities to comical extremes. Enter Facebook user Usperedi, who created the image above for Sony Alpha Rumors.

Of course, chance are slim anybody is every going to feel the need to attach the Sony 500mm f/4G lens to a smartphone, but if they wanted to, they could. And, in fact, Sony does have one of these modules attached to a 70-200mm at IFA 2014… so maybe it’s not so far-fetched afterts all.

Frankly, we’d just like to see a QX1 tackle the “mother of all telephoto lenses,” Canon’s 1200mm f/5.6 L USM. Not sure you could even see the smartphone it if was mounted behind that puppy.