As light painting photography is becoming more popular and common, photographers are coming up with better and better ways of bringing the technique to events. The Lightomatic is a fancy solution by Dazler, a collective of light painters based out of Lyon, France.

From the outside it looks like your average high-end photo booth, but it’s one that allows users to make a creative light painting self-portrait print on the spot.

The exterior of the booth features a thick light-blocking curtain, a screen that displays the photos being created within, and a slot for prints to pop out of. 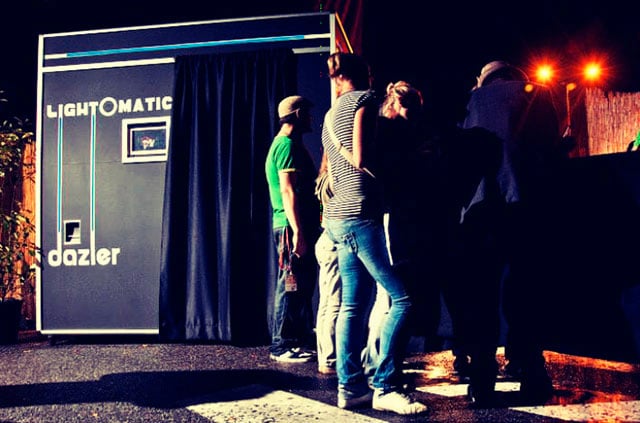 Once participants step inside, the exposure begins and participants have two minutes in which they can draw colorful light patterns in the air with handheld LEDs. When the time is up, the subjects freeze for a bright flash that adds them to the resulting photograph: 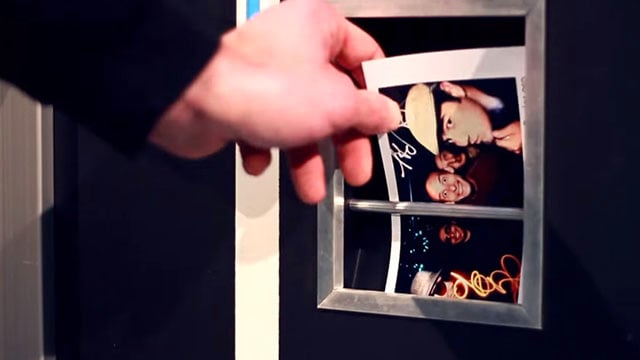 The prints include the logo of the event and the logos of the sponsors. Here are some examples of light painted self portraits created using the Lightomatic: 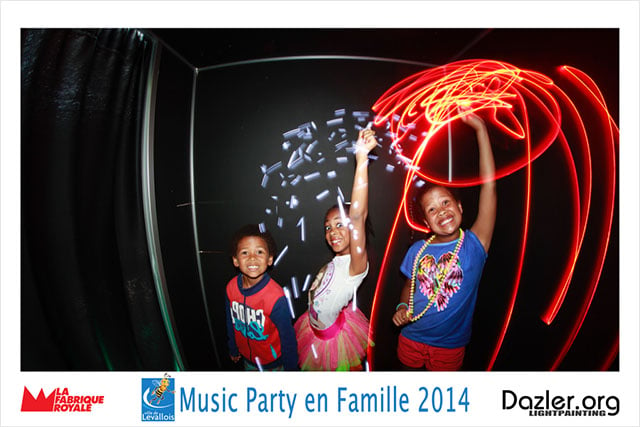 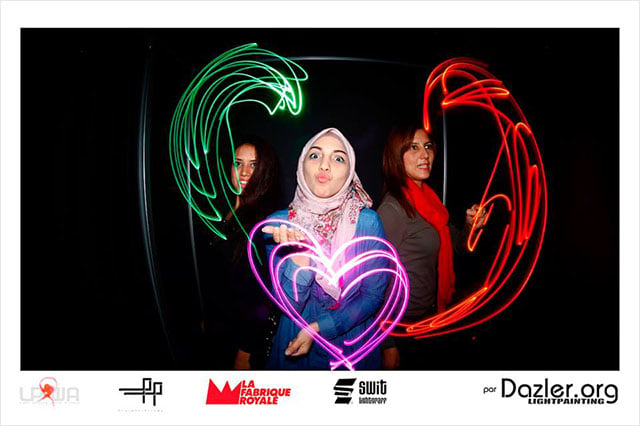 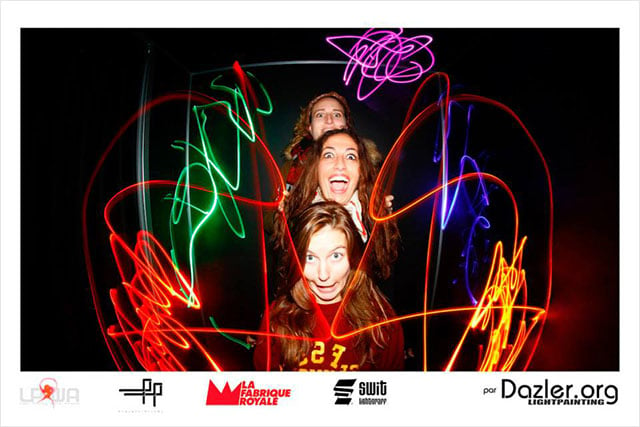 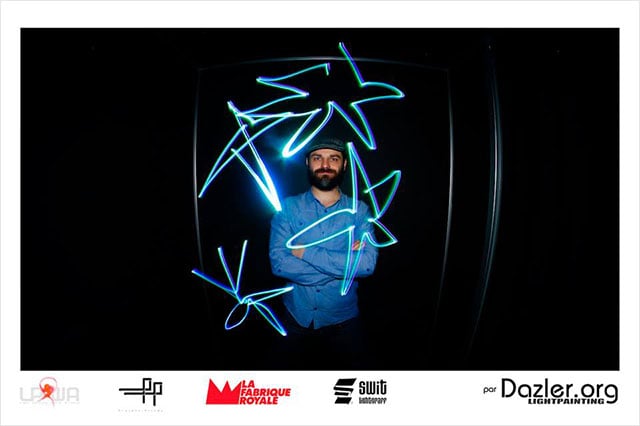 Here’s a video showing the booth in action:

The Lightomatic might be a neat way to offer light painting at your next event, but the price is pretty steep: the base cost starts at €3,800 (nearly $5,000), so it’s probably not the booth you’ll be renting for a smaller gathering. It IS however, an interesting example of how creative photo techniques are becoming more mainstream and accessible outside of photography circles.