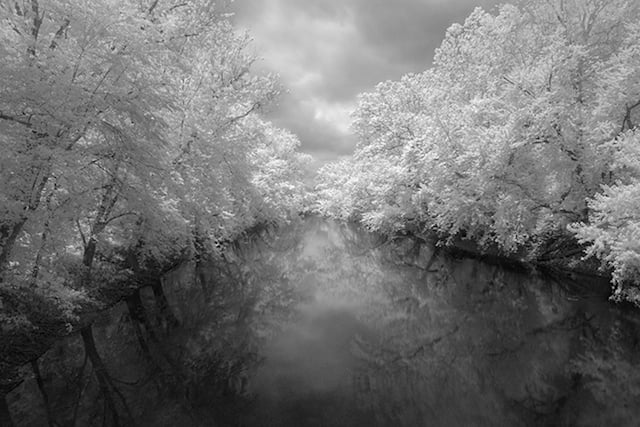 One of the more interesting stories we ran across this weekend was an initial update from a small group of scientists who claim to have successfully extended human vision into near infrared. Their data seems to show that they have, indeed, managed to do this simply by altering their subjects’ diet by restricting vitamin A1 and supplementing with A2 in order to create a certain protein complex. You can read more about this here.

The results seem exciting, mind-blowing even. But retinal neuroscientist and photographer Bryan Jones begs to differ, and he has been kind enough to let us reprint his full rebuttal below.

The TL;DR version is that, no matter what we eat, don’t eat or supplement, the four kinds of photoreceptors in our eyes simply cannot pick up any wavelengths of light beyond 650nm at the upper limit. According to Dr. Jones, it is a physical limit that cannot be shifted.

Here is the Still Long; But Worth Reading (SL;BWR) version from Dr. Jones himself:

The process of performing science is a contract with society. A contract that obligates scientists to not only carefully perform their work, but also to communicate that work to society. As part of this agreement, we endeavor to correct misinformed or constructed or communicated science through the peer review process. When the peer review process is circumvented and the science is presented to the wider community or popular press without peer review, the error checking component of science is weakened and society can suffer.

My intention in critiquing this effort publicly was not to prevent people from engaging in science. On the contrary, these days with plummeting science funding, we need all the enthusiasm, support and excitement for science we can get. I am a firm believer in science and public science, but the authors of that study have not done their homework and they are releasing incremental, unconfirmed data (that is biophysically impossible) to the general public. I don’t think their goals or motivations were selfish or nefarious, but it has the potential and apparently did mislead many people who do not know that particular area of vision science. That had to be corrected. 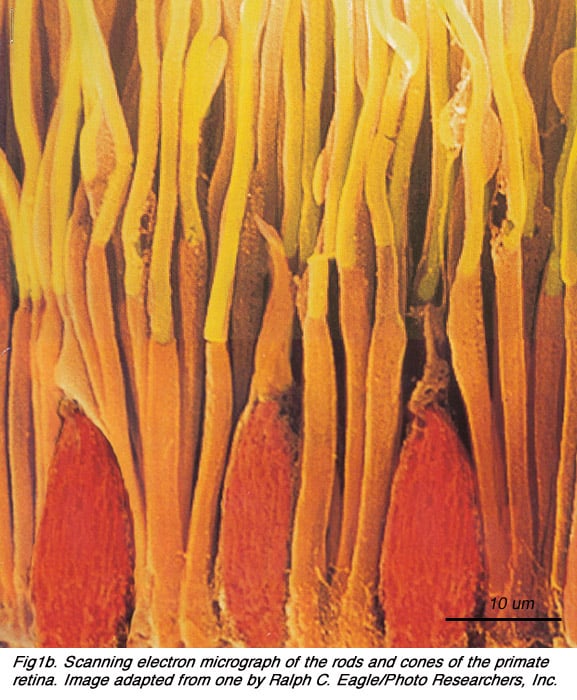 I am a photographer and read PetaPixel quite regularly. I am also a visual neuroscientist who knows a little something about how the visual system works from the molecular to the behavioral side of things and I had to take exception to that article claiming to have successfully extended human vision into the infrared.

I am including my text explaining why, here:

In order to understand why humans seeing in the IR range will not work, you just have to have a basic understanding for how photoreceptors work. This is not hard and there are a number of resources available online that explain it rather nicely. For instance, there is an excellent summary here on Webvision, the Internet’s very first online textbook:

In short, there are 4 kinds of photoreceptors in our eyes, rod photoreceptors which detect electromagnetic spectral energy from ~400nm to ~580nm with maximal sensitivity at 496nm (blue/green light), and long, middle and short wave cone photoreceptors. Three different cone mechanisms can be detected in behavioral, psychophysical, physiological and molecular staining in non-human primate and human retinas. This 3-cone mechanism is what gives humans trichromatic vision, which most humans have. A percentage of humans are color blind and are thus dichromatic. Click here to see how dichromats see the world. The long wavelength sensitive L-cones (“red cones”) are known to be maximally sensitive to wavelengths peaking around ~560nm, medium wavelength sensitive M-cones (“green cones”) peak around ~530nm, and short wavelength S-cones (“blue cones”) peak at ~420nm respectively. 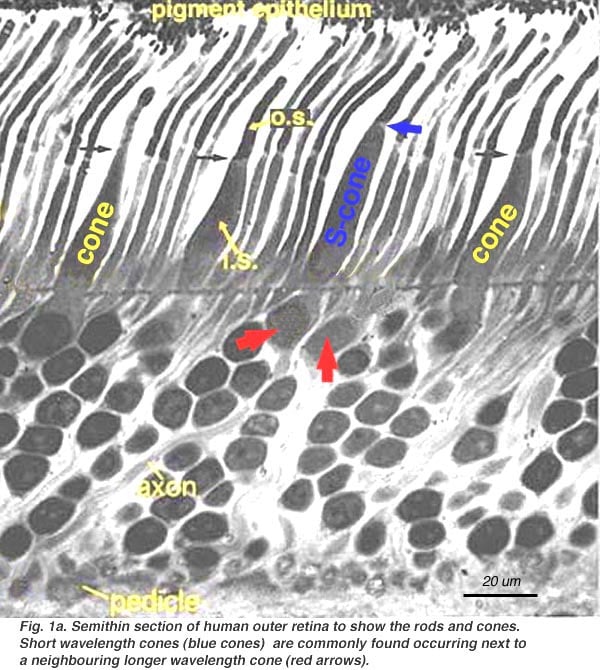 Importantly, the absolute limit of long wavelength photoreceptors in humans is less than 650nm at the very end of the response curve. Infrared light in the electromagnetic spectrum starts at the absolute limit of around 700nm and goes to 1mm in wavelength. There is no overlap with any infrared electromagnetic energy with any photoreceptors that humans have. These limits in human photoreceptors are based upon molecular structures of photopigments. These photopigments can be “tuned” within a narrow window within the red/blue/green spectrum, but getting them to be sensitive to infrared wavelengths is impossible within the limits of physics or biophysics.

When pigments in photoreceptors (opsins and chromophores derived from vitamin A) capture a photon, they change their shape which induces a Rube Goldberg like series of enzymatic cascade reactions called phototransdution that alters the electrical current in photoreceptors, which changes how they signal the next set of neurons in the retina (there are over 70 types of neurons in the mammalian retina). These neurons are assembled in circuits then process a variety of types of information including brightness, contrast, primitive movement and luminance, among others, before passing that information on to other areas of brain for further processing. 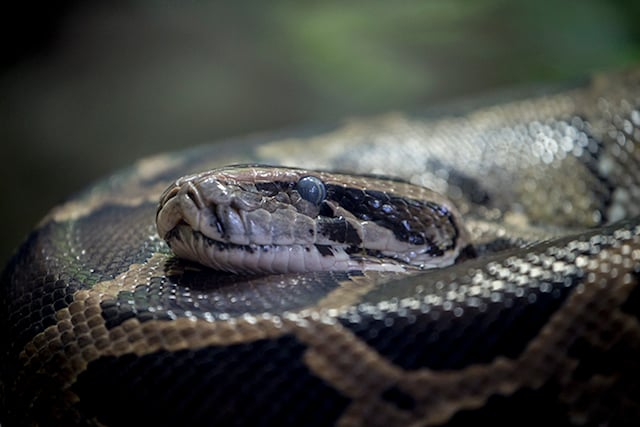 However, there are no photons that are involved in the infrared detection and the pit organs are not wired up to the snakes visual system. Rather, the pit organs are connected to the somatosensory system, the part of the nervous system that detects temperature, pressure, pain and touch. These pit organs are true infrared detectors that function with a completely different molecular mechanism for detecting electromagnetic energy by utilizing another set of ion channels called TRPA1 receptors that detect heat instead of light.

Interestingly, these receptors also are sensitive to irritants like mustard and wasabi, but whether or not wasabi is attractive or repellant to snakes, I don’t know. TRPA1 channels activate/open when certain temperatures are reached (higher than 28 °C) that allow ions to flow into the neurons they are embedded in and triggering an electro-chemical signal kind of like the photoreceptors. Their differential positioning around the head of the snake allows them to orient to where the heat/prey might be, but it is not vision.

So, while there is biology that can detect infrared energy, there is no way, shape or form that a photoreceptor in a human can take, regardless of what you eat in your diet that will allow you to “see” infrared energy with your eyes. You can “feel” infrared energy through your skin and detect warmth and cold, but those parts of the electromagnetic spectrum are simply unavailable to visual systems.

There you have it, a ‘lay-person friendly explanation’ as to why Dr. Jones doesn’t believe there is ever going to be a “near infrared vision supplement/diet” in our future.

We put Dr. Jones in touch with the creators of the original experiment and they are currently emailing back and forth. If any significant updates arise out of that conversation, we will be sure to update this post.