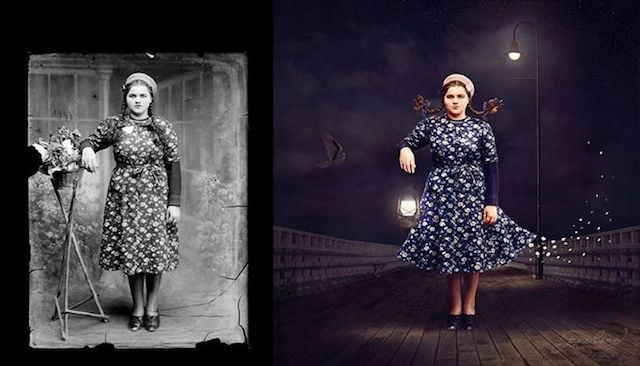 If you follow PetaPixel, you’re already familiar with the haunting portrait archive of Costica Acsinte. For decades after the end of World War I, Acsinte was possibly the only professional photographer in all of Romania, and the over 5,000 glass plate negatives he left behind are now being painstakingly digitized so that they don’t succumb to the ravages of time.

And as these photographic treasures are digitized, one photographer is plying her retouching skill to turn the black-and-white, somber images into fantasy fine art portraits.

That photographer’s name is Jane Long, and her creative series Dancing with Costica began as a way to brush up on her retouching skills, but it has turned into something more out of the desire to tell a story:

“After finding the Costică Acsinte Archive on Flickr I became fascinated with the images and their subjects,” she tells us. “I wanted to bring them to life. But more than that I wanted to give them a story.”

See if you can guess the story in the photographs below: 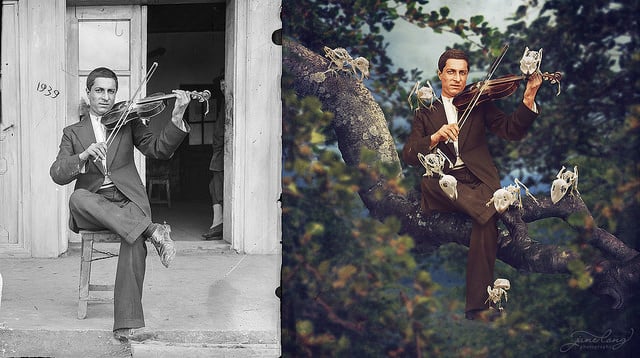 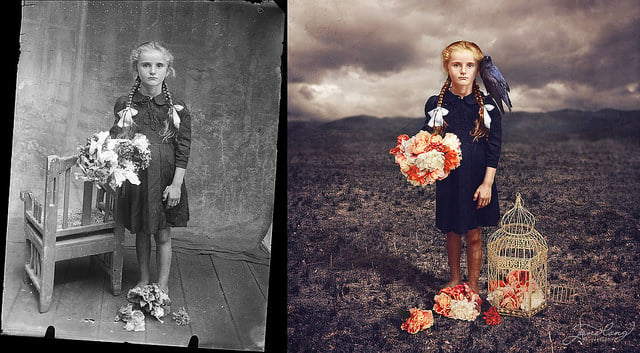 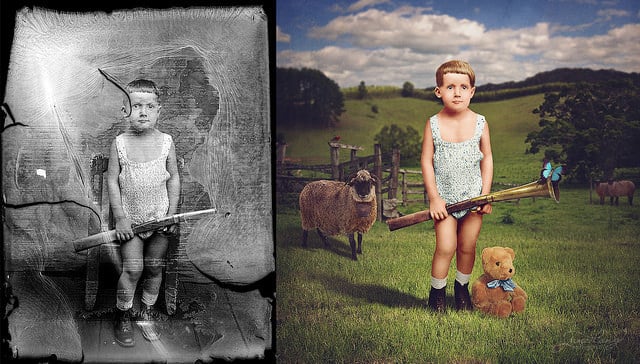 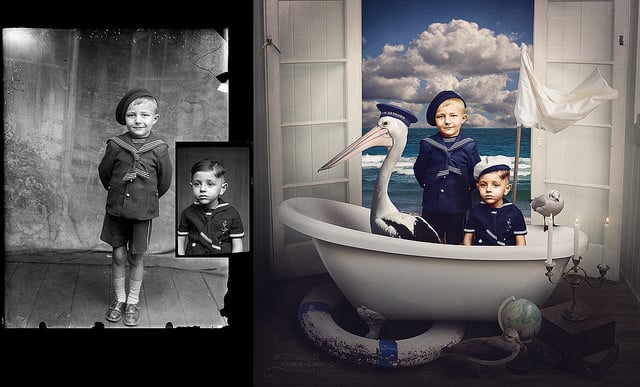 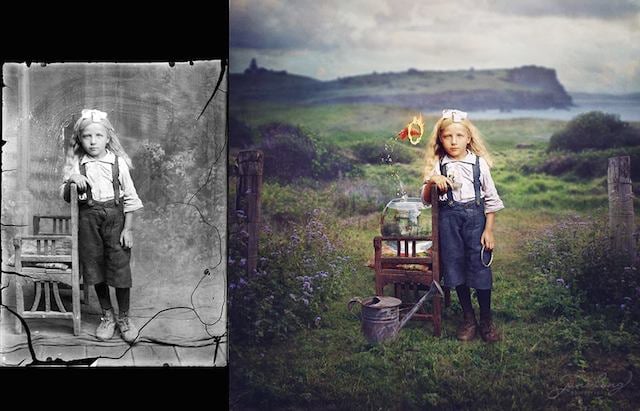 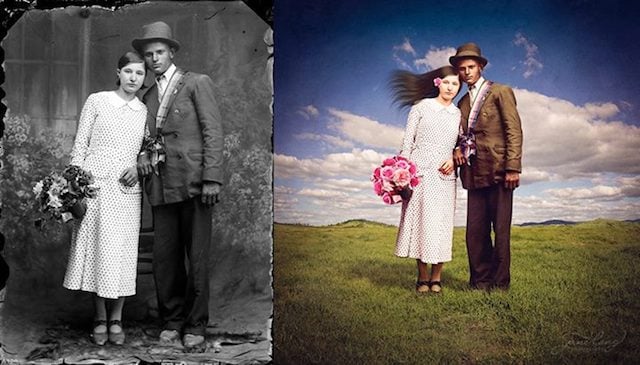 “I will probably never know the real stories of these people,” says Long, “but in my mind they became characters in tales of my own invention… star-crossed lovers, a girl waiting for her lover to come home, boys sharing a fantasy, innocent children with a little hint of something dark.”

“Restoring the images,” she continues, “is only part of the process, the rest is the dance.”