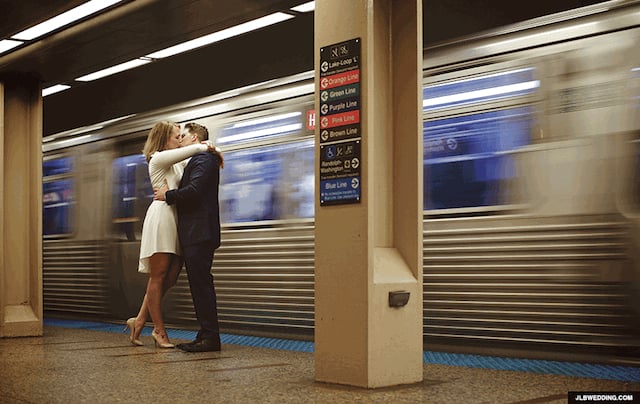 Many wedding and engagement photographers want (and advertise) their photographs to be ‘timeless,’ but Detroit-based Jeffrey Lewis Bennett of JLB Weddings actually does offer a style of time-less wedding photos: the animated GIF and the cinemagraph.

It all began in 2011 when, while shooting some pictures in Burst mode, Bennett and the groom began discussing their mutual adoration of the GIF. One thing led to another, the suggestion was made, and Bennett decided to try and stitch those photos together into an animated GIF.

Three years later — and, according to his talk with Huffington Post, many terrible attempts later — the wedding GIF is now kind of his ‘thing.’

Ranging from funny to downright beautiful and timeless, the animated images he creates — and they are images, he doesn’t use video — offer his clients a different experience and a super sharable final product that has probably landed him a ton of work.

Here are a few of the GIFs and cinemagraphs he was kind enough to share with us:

Speaking with HuffPost Weddings, Bennett revealed that timelessness is, in fact, the reason he loves GIFs so much. “I believe the best GIFs communicate the feeling of the infinite,” he says. “Like how a great kiss can feel like it’s lasting a lifetime while the rest of the world spins on outside of your private moment.”