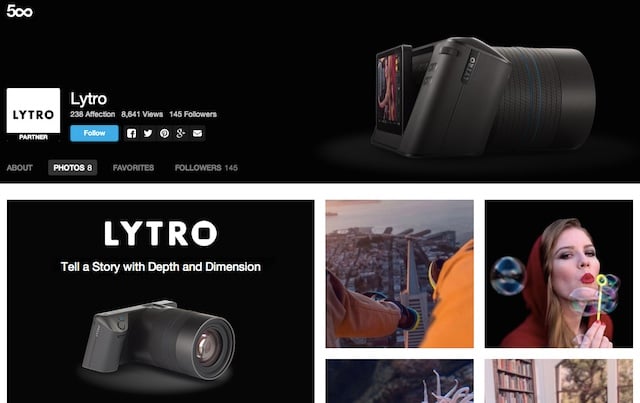 One of (if not the) main challenges Lytro faces as it attempts to bring light field photography into the mainstream is the fact that there aren’t a lot of places you can actually experience the ‘living’ images where they’re, to use Lytro’s vernacular, alive.

Most places just don’t support viewing of the interactive images, and while Lytro has taken some steps to remedy this in the past, the company just took what amounts to a giant leap.

Putting its partnership with 500px to good use, Lytro yesterday announced that the ‘living’ images will be very much alive on the photo sharing site.

Announced in a blog post on 500px ISO, the move comes as publicity continues to swirl around the recently-released Lytro Illum and its potential to change photography as we know it.

And now that the interactive images taken with this camera will be viewable on one of the Web’s most popular photo sharing sites, one of the major hurdles standing in Lytro’s way has been, if not removed, then significantly shortened.

To find out more about the shift or take advantage of a 500px-exclusive discount on the Lytro Illum, head over to the ISO blog by clicking here. You can also visit (and bookmark) Lytro’s newly-created 500px profile to keep up with the best-of-the-best living images the site’s users upload.

This Couple’s Shared Passion for Photography Extended Beyond the Grave