These days, there are a number of search engines, sites and services that can help you track down your camera if it’s ever stolen from you. Unfortunately, finding the camera is often only half the problem — you still have to get it back, and sometimes that can be pretty tricky.

A woman from Voulsia County, Florida had this problem recently: after locating her camera at a pawn shop, she found out she would have to re-buy it to get it back. 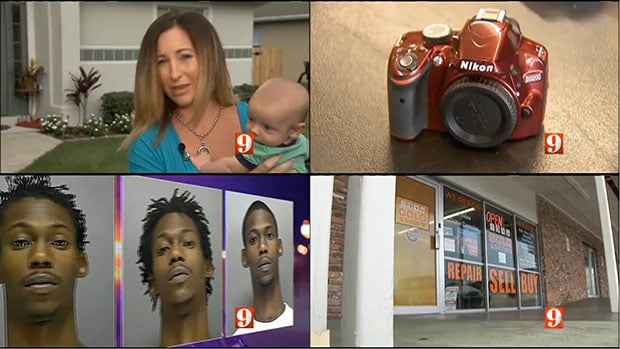 The strange story began a while back when Amanda Selby had her $500 Nikon D3200 DSLR stolen from her minivan. After reporting the theft, authorities managed to locate the camera at a pawn shop called Gold and Gadgets in Deltona, Florida.

That’s when things got a bit messy. The pawn shop told the detectives that a man named James Rouse had sold it to them for $190. Rouse has had many run-ins with the law, and the pawn shop even had Rouse’s fingerprints on file to prove that he was the seller.

Despite having solid evidence of who it was that stole the camera, no one ended up prosecuting the case. The sheriff’s office claims to have turned the case over to the county state attorney, but the state attorney’s office states that they never received any case.

The pawn shop has said from the beginning that it would return the camera to Selby if an arrest warrant is ever issued for Rouse. Since that hasn’t happened, the only thing Selby can do now is buy back the camera from the pawn shop for hundreds of dollars — either that, or file a claim in court to try and get it back.

Making Up for Having a Small Sensor