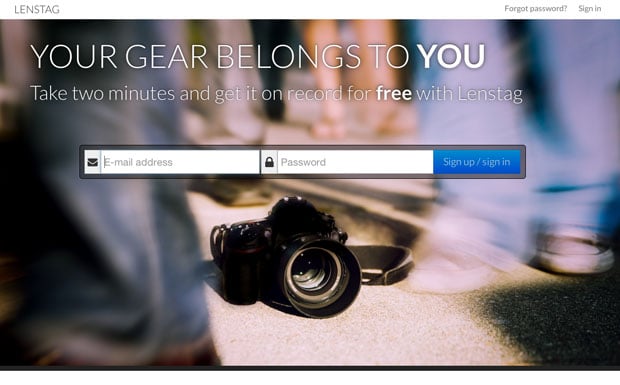 Camera equipment has long been attractive to the eyes of thieves. After all, it’s generally portable, pricey, and a piece of cake to sell through channels such as Craigslist. In Northern California, robbers have begun targeting photojournalists at gunpoint in order to snatch their gear.

Developer Trevor Sehrer, a Google engineer by day, has been working on a website that aims to help combat the theft of photography gear. It’s called Lenstag, and is an online equipment registry that makes it easier to report and track stolen cameras and lenses.

“Cameras and lenses are just like jewelry right now,” Sehrer tells us. “You can just pick up a lens, take it to a pawn shop, and then sell it.”

Lenstag is his attempt to solve this growing problem. It’s “designed to obliterate the ability of thieves to resell stolen gear.” By making it more difficult to sell stolen gear, Sehrer hopes it will eventually “reduce the likelihood that gear will be stolen altogether.”

Let’s take a look at how the service works. It starts with a simple one step sign in/up form. Enter your email and password, and you’ll soon find yourself looking at a main registry in which you can list out all the gear you own. 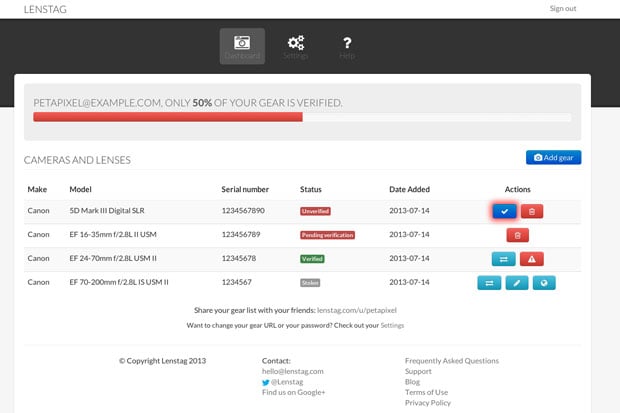 Adding gear to the list is simple and is done through a small form that pops up. 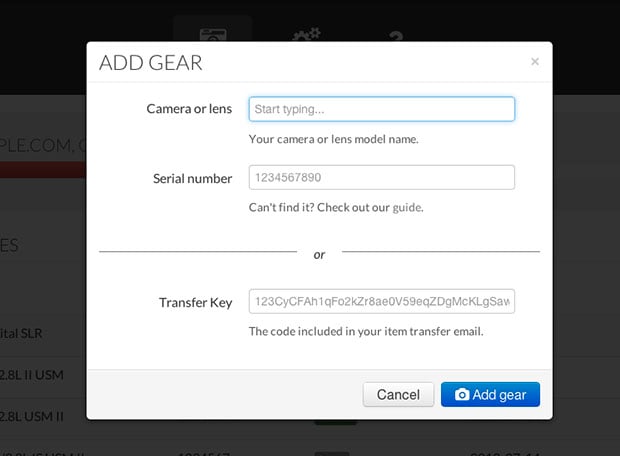 Claiming that the gear is yours isn’t enough, though. You’ll need to go further and verify that you actually own that piece of equipment. This is done by providing a photograph of that gear — an image that includes a clear view of the serial number. 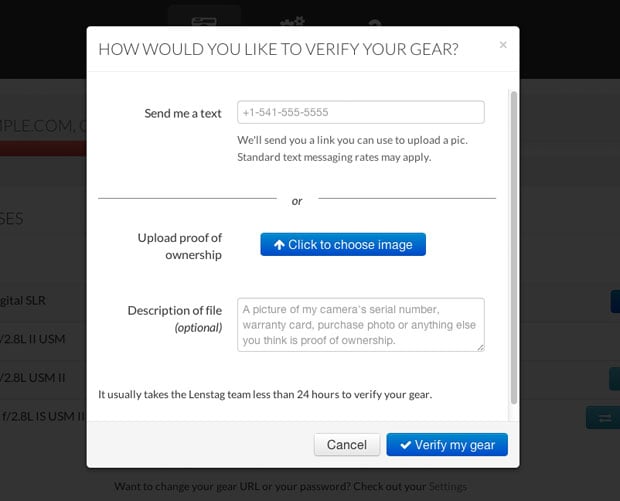 A human on the other end of the service will examine the photograph and make a judgement as to whether or not you actually own what you claim to. Once you get a green light, the equipment will be listed as “Verified” on your registry.

At this point, you’ll see two new options for what you can do. One is “Transfer,” which allows you to officially transfer the gear to another photographer’s Lenstag account. 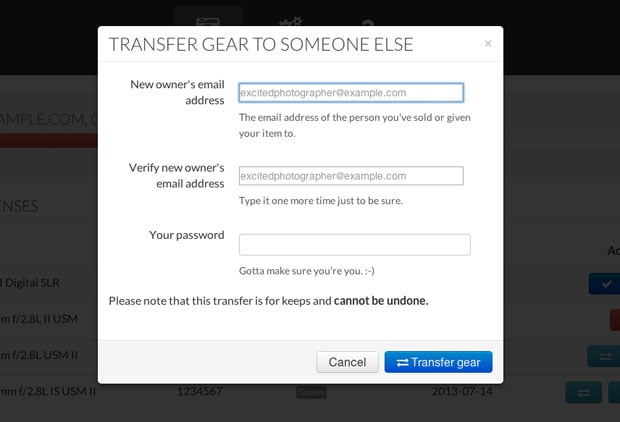 The other is a button you hopefully won’t ever have to click: “Report stolen gear.” In the event that your camera or lens IS stolen, you’ll be using this form in order to report that particular serial number as “stolen”: 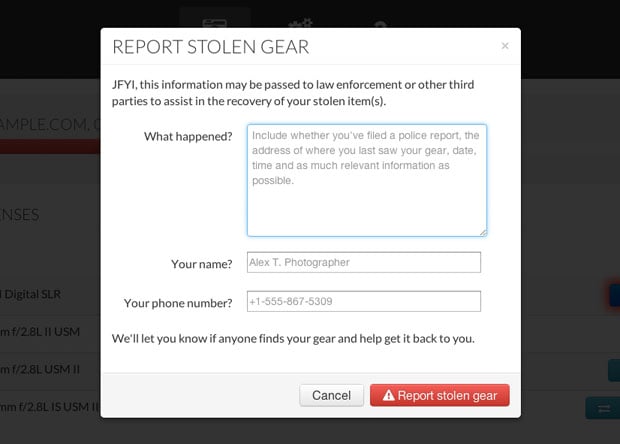 Once this report is filed, your gear will be marked as stolen in the Lenstag system. This database of stolen gear will be useful to those who need to verify the legitimacy of equipment they’re buying secondhand.

For example, a photographer buying a lens on Craigslist will now have an easy database to query for figuring out whether they’re buying stolen wares. Police departments and pawn shops can also use the Lenstag registry for easy lookups.

In addition to providing the information through a Lenstag search, the site attempts to make the stolen gear report show up in Internet searches. Each stolen piece of gear has its own public web page that lists it as a stolen item.

This page is indexed by search engines such as Google. What this means is that you won’t need to do any special searches on the Lenstag website — a simple search on Google for a serial number and a keyword (e.g. “stolen,” “lenstag”) will do.

Sehrer tells us that he doesn’t have any plans to monetize this service (as of yet), and is simply on a mission to disrupt the stolen gear market. “The first few hours after a theft are absolutely critical for recovery,” he tells us. “Lenstag can get a record of a stolen item out on the web faster than anyone can file a police report.”

Larger businesses have already begun partnering with Lenstag in order to keep a handle on their gear. These include two large equipment rental companies, LensRentals and BorrowLenses, who are now utilizing the system to reduce theft and speed up equipment recovery.