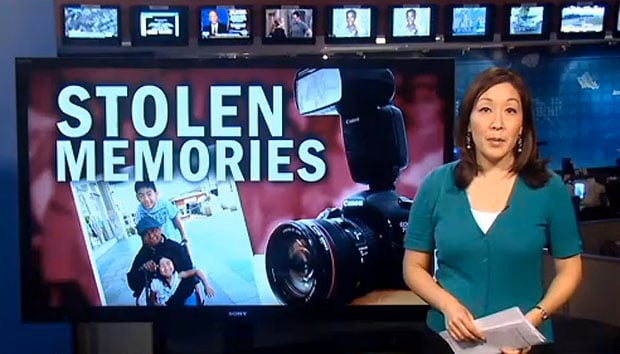 From the annals of “How Low Can You Go?” comes word from Hawaii of a stolen camera whose memory card had a family’s only photos of a two-day memorial service.

Marlowe Gungab was hired to document the services for a friend’s 81-year-old father, partly so relatives in the Philippines who couldn’t attend would have some sense of the event.

Gungab didn’t download or backup the photos before heading off to his next assignment, a birthday party at a popular nightclub near Honolulu. He set down his camera to dance with a friend, and by the time he returned, the Canon DSLR and its memory card were gone.

The family and Gungab are asking for the return of the memory card, no questions asked, and the sticky-fingered guest can keep the camera. “These are the last moments my grandmother had with her husband, our family together, and something like this cannot be replaced,” Judith Damaso, granddaughter of the deceased Jose Domingo, told Hawaii News Now.

Gungab said he’s keeping track of activity at local pawn shops and Craigslist in case the camera shows up, and hoping the thief has a tiny bit of a conscience.

Ghetto-Flo: How to Create Your Own DIY Kino-Flo-style Lights for Portraiture