Note to any camera thief who attempts to get rid of the camera at a pawn shop: it might be beneficial to at least know how to turn the thing on. Not only that, but when questioned about where you “found” the camera and when asked to file a missing item report, don’t run off — I’ve heard it doesn’t help with the whole suspicion factor.

As reported by WCVB, last weekend, an individual walked into Empire Loan hoping to pawn off a Nikon D3100. Employee of the Boston-based pawn shop Michael Goldstein went about standard procedure, asking about various information pertaining to the camera. The individual trying to pawn it off not only didn’t know the model of camera he was working with, but according to Goldstein, he didn’t even know how to turn it on. “We told him, ‘We don’t think this belongs to you,'” Goldstein tells WCVB. That’s when the individual said that he had indeed “found” the camera on the Boston subway system. Upon telling the man that he should file a missing item report, he took off.

From there, Goldstein and Empire Loans took it upon themselves to seek out the owner of the camera in hopes of returning, not only their piece of gear, but the memories that were still on the memory card inside. 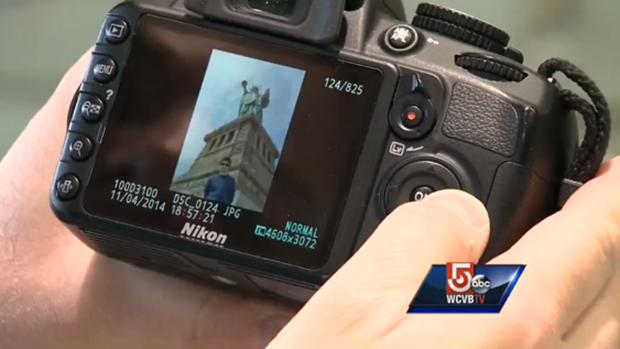 With the exception of the man who tried to pawn this camera off as his own not getting caught, it’s happy news all around, with no damage done and memories still intact. If only all instances of camera theft went down as smoothly as this one and the Lenstag case from last month.