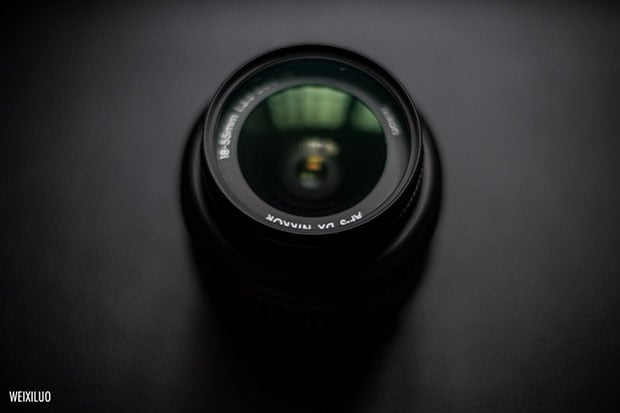 As the saying goes, quality lenses are a lot more important than good bodies when it comes to investing in camera gear. They last longer, retain their value more, and have more utility overall than, say, buying the latest DSLR that will become obsolete in 3 to 5 years. But if you are into photography for the first time, you’ll likely buy an entry level camera that comes bundled with an inferior, even crappy, kit lens. Or is it?

It is no surprise that people often hold camera manufacturer’s kit lens in low regard. They used to be plagued with issues like lack of sharpness, aberrations, chromatic fringing not to mention a gimmicky build quality with slow, noisy autofocus. However, these times have long gone and the kit lens has long evolved ever since then.

Nowadays, modern kit lenses have mostly addressed these numerous issues and have made them strong choices for the beginner (but also advanced) photographer.

Where the kit lens excels

First of all, the sharpness and resolution of all modern kit lenses are nothing short of excellent. Even on large 24MP APS-C sensors, these small lenses will outresolve the image sensors despite what some critics may say.

No, it can’t compare with a L lens, but for a piece of glass that costs merely $150-200, it performs admirably well.

Most of the kit lenses today also include aspherical elements to reduce aberrations, and nearly all of them come integrated with vibration reduction, allowing anyone to shoot at 1/20, even 1/10th of a second with steady hands in dark light.

What might surprise a lot of you is that kit lenses might be actually sharper than dedicated ultra-wide lenses, since they don’t have a retrofocus design. Here’s a comparison if you don’t believe me.

Also, the wide-angle focal range included with kit lenses is hugely useful. A 18-55mm lens should really be only used at its widest angle, 18mm. This focal length is more than wide enough for most uses, including landscape photography. Unless you are always shooting landscapes, there really isn’t any reason to consider something else for the job.

In fact, since excellent sharpness is one of the key factors of the modern kit lens, just about any kind of work that isn’t reliant on bokeh and depth of field can be done handsomely with it — things like architecture or even street photography. And yes, it can be used as a short telephoto in a pinch, but with a slow minimum aperture and (the lack of) bokeh it really isn’t a viable solution. More on that later.

Another thing worth considering is that the minimal focusing distance of these lenses are amazing. They can’t do 1:1 macro, but 25 centimeters minimal focusing distance (i.e. your lens can focus from infinity to 25 centimeters in front of your sensor) is better than 75% of the lenses out there in the market and will allow any beginner to at least experiment with macro photography.

Adding extesnion tubes/close-up filters will allow you magnify even more, while using a reversing ring can allow you to do 1:1 macro at nearly no cost!

And finally, people often ignore weight when buying lenses. While the features of a pro lens are certainly better than those of a kit lens, you’ll pay for that not only in price, but also in weight. Heavy lenses are not only bulky, but they also make all but the heaviest pro DSLRs unbalanced and heavily front-weighted, which makes the camera awkward to operate.

Packing less and less heavier means walking and seeing, and enjoying photography more, and a lens that weights a mere 200g is basically nothing.

Where the kit lens falls short

The kit lens today has long evolved from the cheap placeholders from the past, but even though its improvements are impressive, the kit lens still has some flaws.

To start off, build quality obviously isn’t the best. The whole lens is made out of plastic (no, metal mirrorless lenses are not really considered “kit” lenses in my opinion) except for the glass and the electronics.

Even the mount is made out of plastic, and although it is (almost) never going to fall apart, you probably have already thought about it before. The whole plastic feels wobbly and looks cheap, but heck, for $150 it’s pretty decent. And it isn’t totally bad either, since plastic and cheaper parts means a lighter lens.

Also, the aperture of these lenses are only half-decent. A maximal aperture of f/3.5-5.6 is not that bad, but it is still below standard for most good zooms and a whole level below fast primes. If you are shooting landscapes or architecture, this shouldn’t matter at all.

But as I’ve mentioned earlier, don’t expect to shoot portraits or get silky smooth bokeh with a 18-55mm lens, it simply won’t happen. Investing in an inexpensive 50mm f/1.8 lens is probably one of the best photography investments you can make for portraits (and photography in general).

Note : Some people may criticize the limited focal length of the kit lens, but I really think that it is one of its core strengths. 18-200mm walkarounds might be convenient, but not only are their image quality often worse than kit lenses, but they are bulky and encourage bad photo habits (precisely because they are just so convenient!).

Kit lenses are, despite their shortcomings, excellent lenses with amazing capabilities if used well. If you think that you’ve outgrown this lens (I haven’t yet myself and still use it on occasions!), don’t buy another zoom yet. Instead, consider investing in prime lenses. 50mm, 85mm, 35mm, or pretty much any focal length.

Seriously, with a prime and a standard zoom, you’re all set for 95% of the potential photographic tasks out there. The rest is up to you.

Remember: it’s the photographer who makes the picture, not the camera!

About the author: Wei Xi Luo is a photographer based in Montreal, Quebec. He is the blogger behind Photograph IO. This article originally appeared here.

Did You Know: We Don’t Have a Clear Photo of Pluto, but Next Year We Will