It’s safe to say we’ve all seen our fair share of night-sky time-lapses. Most often, they tend to show off grandiose views of mother nature as the stars (seemingly) rotate in the background. But the truth of the matter is, we’re the ones rotating, not the stars.

So what would happen if a night-sky time-lapse photographer used the stars – or more precisely a star – as a fixed axis, instead of Earth? Well, you would end up with a trippy time-lapse like the one you see above.

As creator of the video Lance Page explains:

I had the idea of a new astro time-lapse technique in which the camera is pointed right at the north star and mounted to a motorized pivot point directly lined up with the sensor so the camera is able to spin with the stars through the night. This is where inspiration for the title came from. Sit back, relax and Ride the Sky. 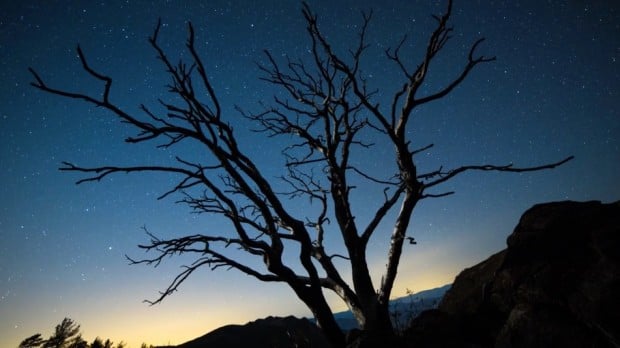 There’s not much more to say about the four minute time-lapse, other than strap in, press play, put it on full screen, and enjoy the ride.