In 2004, The Daily Show with Jon Stewart took on a burgeoning technology that they saw as a completely nonsensical mix of two things: the camera phone. As Ed Helms puts it in the “digital watch” segment above, the technology “combines the rapid battery depletion of a high-powered digital camera with the image production capability of a phone.”

Vox dug up the clip yesterday, and we have to say, it’s a GEM of a find. Hindsight being 20/20, it seems absurd to mock camera phones now, but most of us would have probably agreed with Helms at the time. Kodak had only JUST in January of that year stopped selling film cameras to Europe and North America… do you really think they were already looking for the next threat to their bottom line? 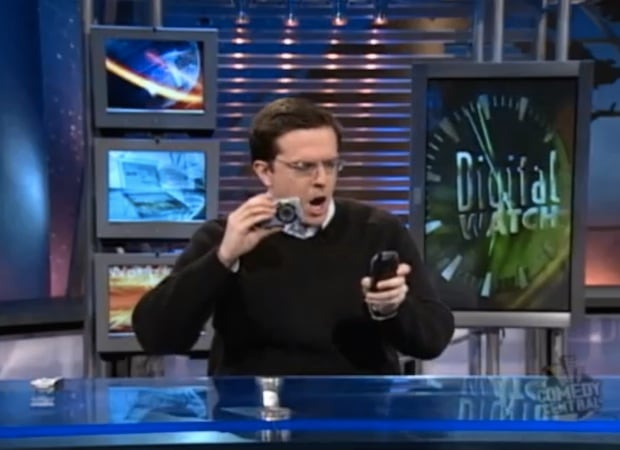 It’s also funny to see Helms talk about the privacy concerns raised by having a camera in your pocket at all times… seems ridiculous now, but will this be how we feel about the issues raised by Google Glass detractors today? We’ll just have to wait and see.

Check out the funny segment for yourself up top, and then drop us a line in the comments about what technology of today you think people are underestimating the way Helms and Stewart underestimated the camera phone.

Update: Here is a YouTube edit (with one small joke cut out) for those of you who aren’t in the US and can’t watch the Daily Show embed at the top: