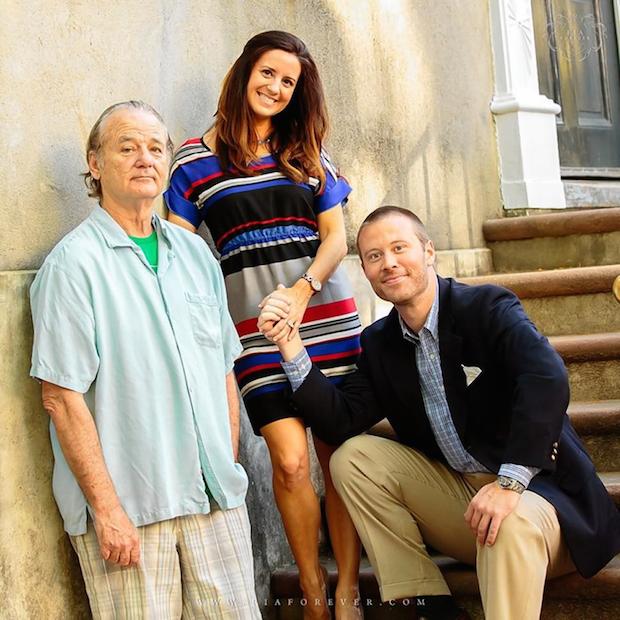 What started as a standard engagement shoot in downtown Charleston, SC turned into anything but for photographer Raheel Gauba of Fia Forever Photography.

Midway through what was turning out to be a beautiful shoot with soon-to-be-married couple Ashley Donald and Erik Rogers, the two lovebirds all of a sudden started staring past the camera as if they had seen a ghost. As it turns out they had seen a ghost… well, a Ghostbuster anyway.

When Gauba turned around to see what they were staring at, he saw none other than “[Bill] Murray standing there with his shirt pulled up and belly proudly on display which he is patting pretty loudly in an attempt to make the couple laugh.”

Needless to say I was stunned and I invited Mr. Murray to join the couple for a quick shot — He obliged and congratulated them and went on his way… leaving behind an extremely happy couple and this photo that will be forever remembered by this couple (and us!!!).

Gauba posted the shot to the Fia Forever Facebook page on Tuesday, and since then it’s gone viral as everyone from The Huffington Post to the NY Daily News picked it up to show off this fun moment of serendipity.

Back to Basics: Short Walkthrough Covers the Exposure Triangle for Beginners