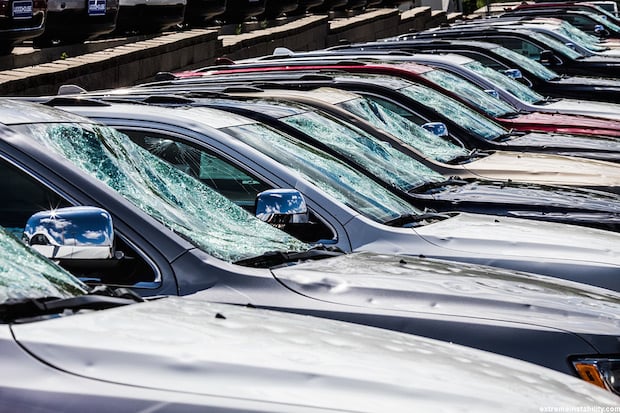 One week ago today, on June 3rd, a massive storm rolled through Nebraska where storm chasing photographer Mike Hollingshead — whose work we’ve feature before on PetaPixel — was prepared to chase down some likely tornadoes.

He didn’t end up finding or chasing any tornadoes, but a storm he chose to leave behind earlier in the day in order to pursue his main target ended up turning into an incredibly powerful hail and wind storm, and doing some hard-to-believe damage to Hollingshead’s own home town. He, of course, documented it all with his camera the next day.

Hollingshead tells the full story of that day in two blog posts, here and here, but the words just don’t do justice to the photographs he captured. 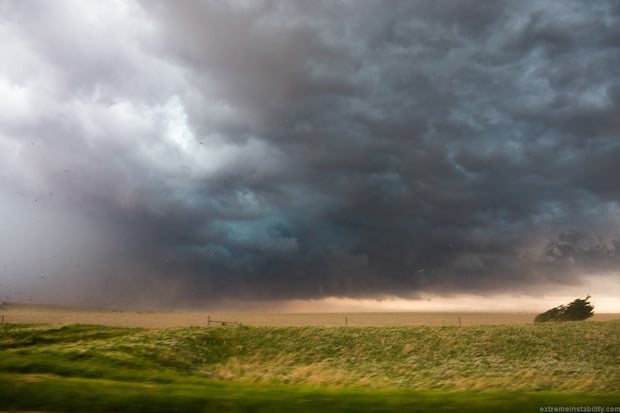 He describes what he saw on the radar, as the storm turned towards his own home town of Blair, NE. He explains how he called his parents to tell them to get some shelter. He even writes about how scared he was (and rightfully so) for his cats.

But none of that really registers until you see the photographs he shot first in Blair and then in Uehling, where the damage was even more drastic.

An entire car dealership lot full of shattered windshields, houses with the siding ENTIRELY GONE, and a swath of land in Uehling where even the vegetation was completely decimated. Check it all out for yourself below. 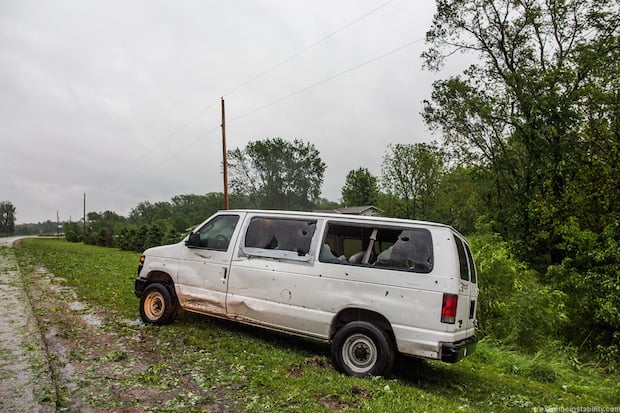 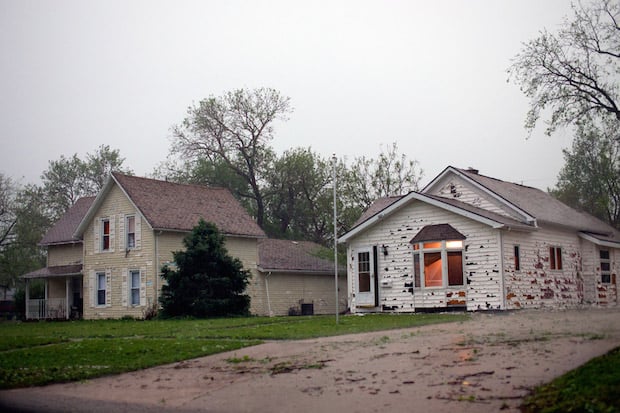 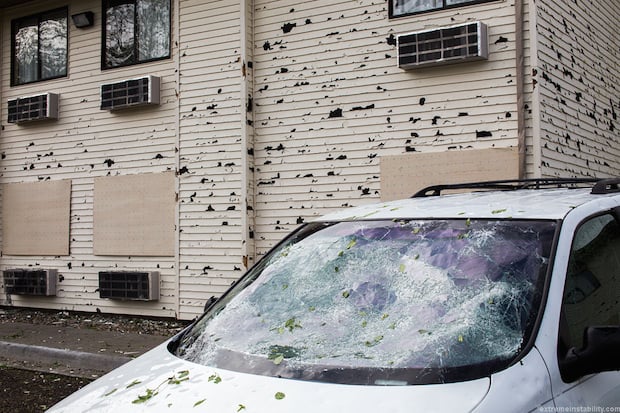 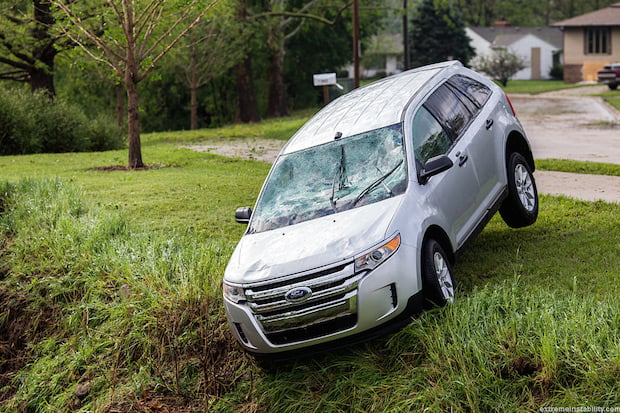 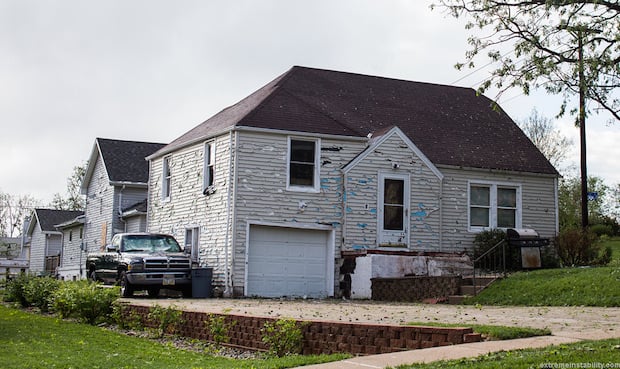 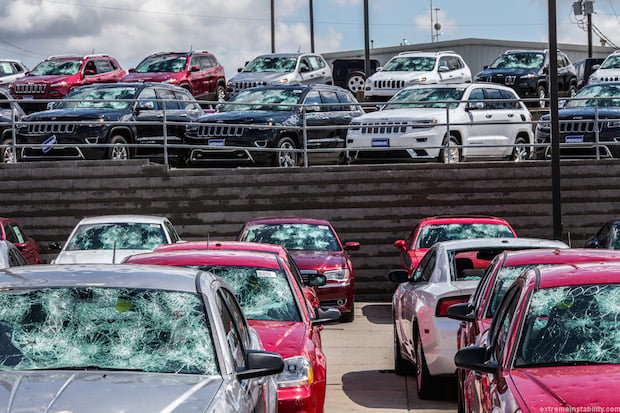 And then the even more terrifying damage done in Uehling: 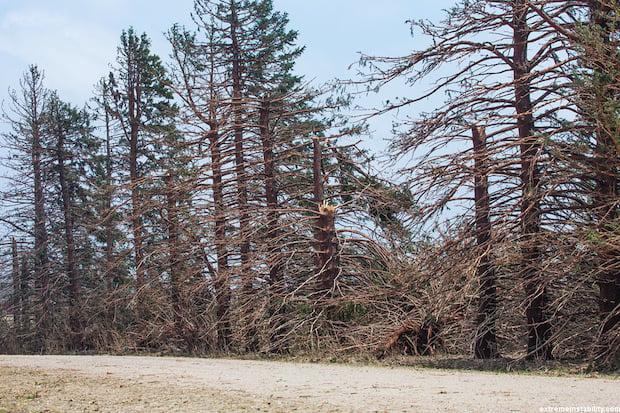 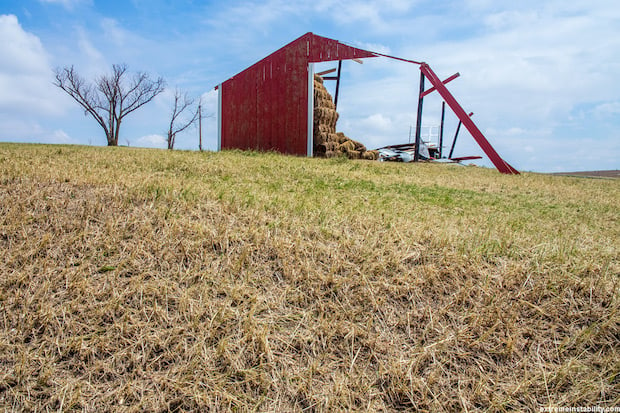 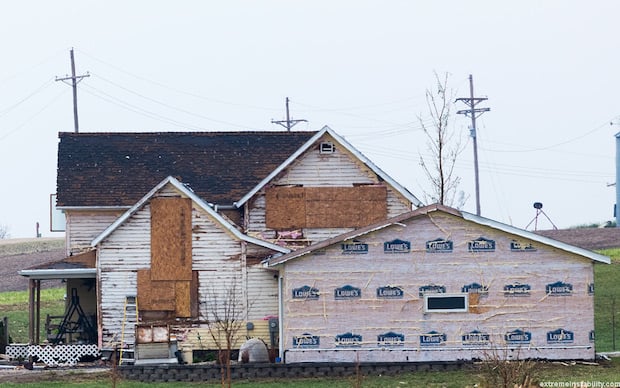 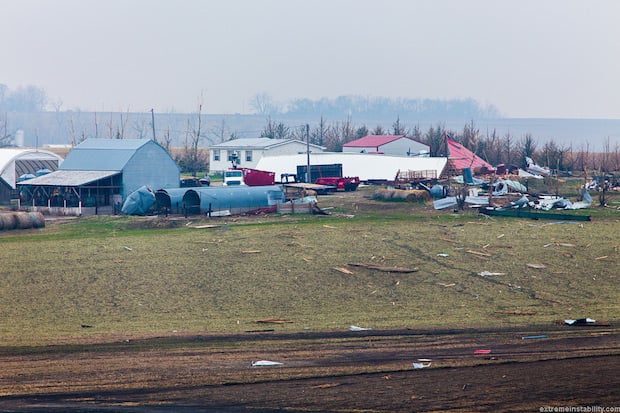 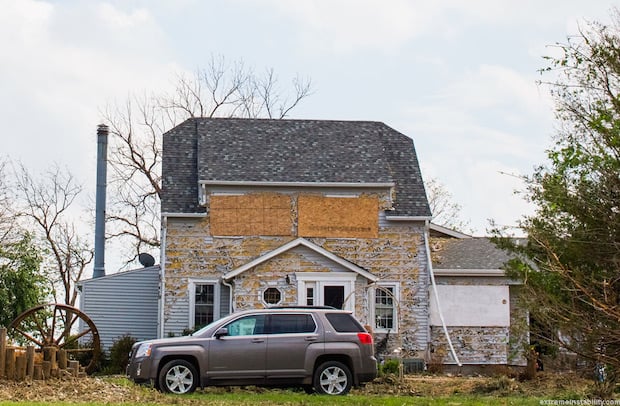 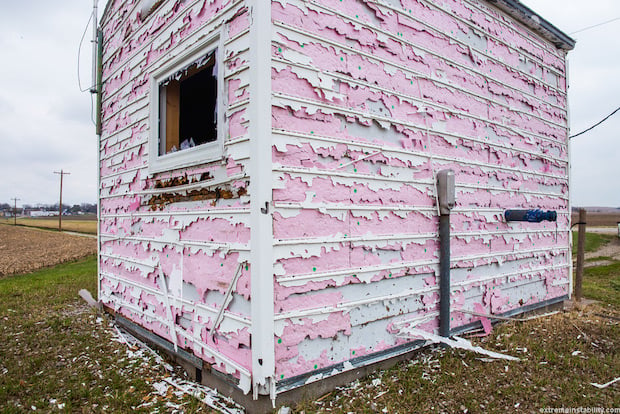 You can read the full story behind the photos, complete with some geeky meteorology speak, over on Hollingshead’s blog where you’ll also find the rest of the photos from both sets.