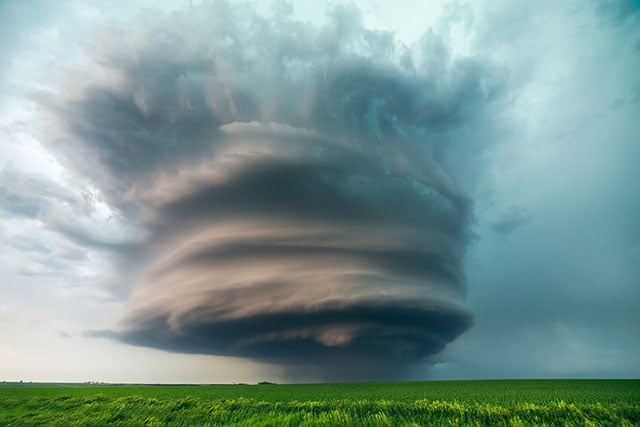 Photographer Mike Hollingshead has gained quite a bit of exposure online for his jaw-dropping photos of storms across the United States. We featured his work here in January of 2014.

Recently, Hollingshead has begun to branch out his work into a new direction: cinemagraphs.

Here’s one he created recently based on the image above of a supercell storm moving across the landscape near West Point, Nebraska:

Hollingshead tells us that he first decided to explore these animated images when he saw examples online that other people had created using his photographs. This image isn’t a ‘cinemagraph‘ per se. Rather than use a video or multiple frames as his starting point, Hollingshead creates his animations based on single static photographs.

Here are a couple more examples (there are quality issues with the resizing. you can find original, larger versions here and here).

Hollingshead says that he plans on releasing more of these moving versions of his photos in the coming days.

Lightswitch: A Filter Holder That Makes it Even Easier to Reduce Up to 30 Stops of Light