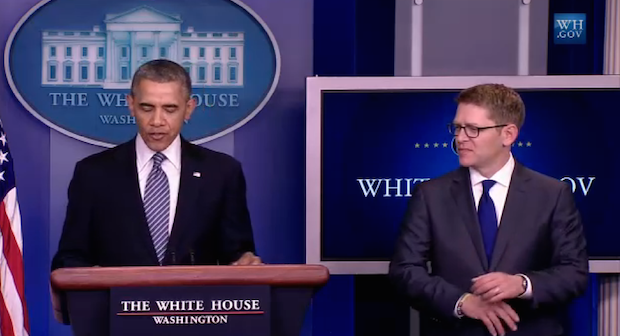 Jay Carney, the White House Press Secretary who has taken much of the heat for the Obama Administration’s less-than-open policies that have kept photographers out of major events, announced his resignation today during a press conference.

In actuality, his resignation was announced by President Obama himself, who took over the podium during the press conference to announce the change and thank Carney for his service to the administration.

The president said that he would “miss [Carney] a lot,” and jokingly asked the press to “be nice to him on his farewell tour.” 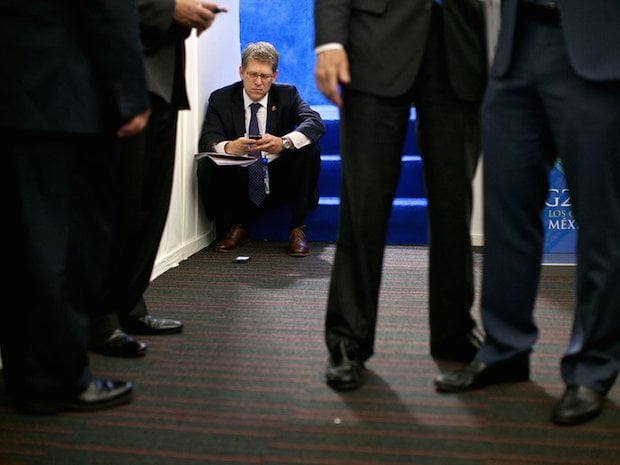 Carney said he will stick around until mid-June, when he will be replaced as the Press Secretary by the current Deputy Press Secretary Josh Earnest, who President Obama praised for having “sound judgment and great temperament.”

Regarding future plans, Carney stayed mostly silent. When he took to the podium after President Obama’s kind remarks, he simply said that hadn’t made any decisions yet. “I’m excited by some of the possibilities,” said Carney, according to the NY Times. “I’m sure you guys will be among the first to know after I’ve decided what to do.”

What this means, if anything, regarding photographers’ access to the president is uncertain, but one does wonder if the controversy surrounding the administration’s photo policies, which one AP photographer called ‘Orwellian,’ had anything to do with Carney’s resignation.