Tony Northrup, an award-winning author and well-known reviewer of camera gear, recently put out a video that takes an interesting, in-depth look at how mirrorless camera companies might be fudging the specifications of mirrorless cameras to make them seem better than they are.

The video (which is basically an expansion on this shorter, very controversial demonstration) is an extremely long watch, coming in at almost 40 minutes, but it goes into great detail regarding how Northrup believes camera manufacturers are cheating and misleading us. He claims the stats like ISO, focal length and aperture are untrue as presented due to variations in hardware — specifically the sensor size. 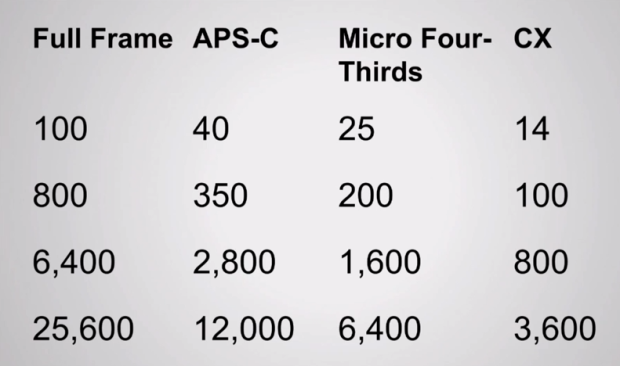 I won’t go into the nitty-gritty details, as that’s what the video is for, but it’s well worth noting that he specifically calls out Panasonic, Sony, Olympus and Fuji as the main perpetrators, while giving a bit of praise to Canon, Nikon and Sigma for being the honest “Good Guys.”

However, as Mirrorless Rumors admin Ale explained in an update to their original coverage of the video, Northrup may have made a few logical errors in his calculations, rendering the insights irrelevant.

According to MR (and the laws of physics), the aperture of lenses remains constant throughout sensor sizes, not relative, as Northrup asserts. Specifically, they point to this article from Admiring Light, which does a great job of explaining why this is. 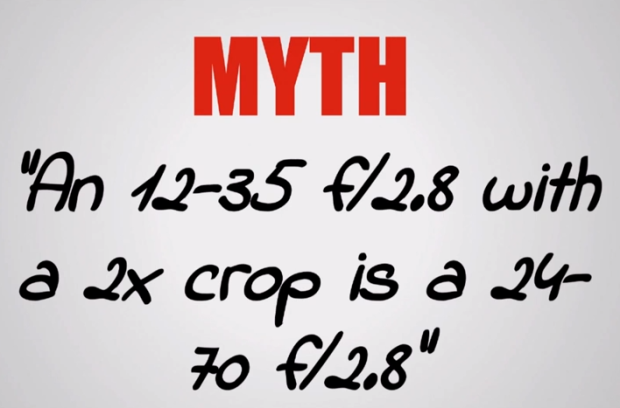 This has been a heavily debated topic, especially in the mirrorless game where users were initially concerned they weren’t getting what they were promised, but things seemed to have sorted themselves out at least a little bit.

Feel free to give us your input, however, and let us know what you think of the numbers Northrup has come up with.

Update: Mr. Northrup was kind enough to reply to some of the more common comments in the comments section, but since his reply has gotten buried among the almost 100 comments this post has as of this update, we’re reprinting it here in full.

The guy in the video here, let me address some common comments:

* I know it’s long, but please do watch the entire video before accusing me of being wrong.

* With that said, I do have a few minor corrections that I made with YouTube annotations (which might not be displayed on all clients): 18mm should have been 16mm on one of the slides (and there was another typo that I forget), and Canon, Nikon, & Fuji have also abused crop factor… but not quite as blatantly. Oh, I use ‘bokeh’ very casually, and I’m aware of the technical definition, but you know what I meant, and that’s what counts. To the best of my knowledge, those are my only mistakes, and I’ve done my best to verify hundreds of comments.

* If you read the Admiring Light article, and watch my entire video, you’ll see that we totally agree with each other… to such an extent that I feel like I have to say I didn’t see the Admiring Light article before making my video. I did my own primary research and came to the same conclusions. Note that the article goes into detail about how sensor technologies differ, and my video is a bit more theoretical, but I specifically say, “given similar sensor technology” to address the concern. If you think this article disagrees with my video in a fundamental way, than you probably misunderstood one of us.

* I’m not discussing per-pixel noise, I’m discussing per-image noise. An A7R and A7S both have the same per-image noise, as will film or your eye. Different pixel densities will yield different per-pixel noise, yes, but that’s simply not the topic of the video. At several people’s request, I am planning a video to discuss the merits of pixel density. It’s an interesting subject; it’s just a different subject.

* The “35mm camera makers are cheating us because of something with medium format” argument: Nobody labels non-medium format lenses with medium-format equivalents. My math holds true for medium format systems, which have a crop factor < 1. I'll check back and I'm happy to answer any questions! Thanks for watching!