In this third — and final? — installment of his “camera companies are lying to you about crop factor” series that has caused such a stir, Tony Northrup hopes to silence the critics, make some corrections, and overall bring this debate to a close.

For those of you who haven’t caught up, there’s been both a part one and part two of this series, where Northrup attempts to expose camera manufacturers for allegedly misleading consumers by not properly calculating sensor size into various specs. 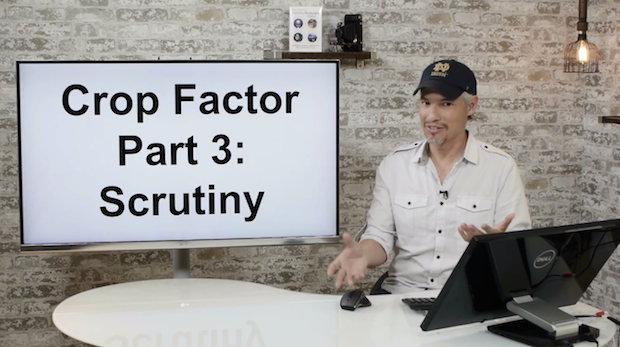 Both pieces started a rather intense debate, with everyone and their brother (and sister and mom and first cousin twice removed) attempting to either debunk Northrup’s accusations or back them up.

Part three comes in at a whopping 26 minutes, so it’s not exactly a quick watch, but if you’ve been keeping up with the series and debates, you’ll definitely want to watch it to better understand how all of this has played out and decide whether or not you feel Northrup makes a valid point.

So press play and do your best to go into it with a fairly open mind… or, you know, get further entrenched in your own view… that’s also an option.

Lomography Just Jumped Into the Instant Camera Game, Filters and All