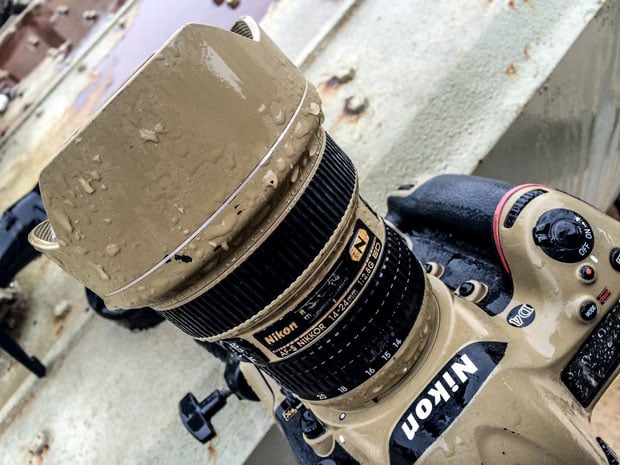 Modern flagship DSLRs are generally designed to be extremely weather and water resistent, but it’s still not a good idea to leave them exposed for a long period of time to anything more than a light drizzle. What happens, though, if you do?

Lebanese photographer Alexy Joffre Frangieh found out for all of us yesterday after his $6,000 Nikon D4 was left in a storm for over 16 hours.

Frangieh tells us that he was shooting a lengthy time-lapse sequence with two of his cameras (a D4 and a D3S) at the Tourist Landmark of the Resistance near Mleeta, Lebanon while the park was closed to the public. After setting up the equipment at 7pm on Wednesday, he left it unattended while he traveled back to his home about 120 miles away.

The gear was fine, he thought, because there were only some clouds in the sky and the weather forecast only predicted very light showers. However, a storm soon rolled in and began pouring heavy rain on the camera hours after Frangieh left.

When he returned to the site late the next day, the cameras were still shooting the timelapse photos, but all of the gear was completely covered with water. In some parts, water had even gotten into the casing. 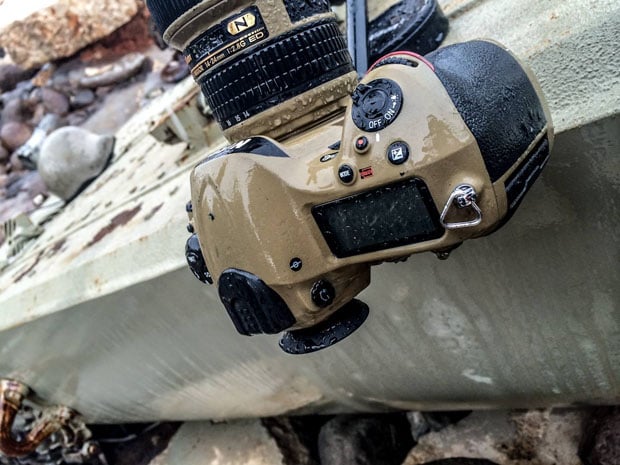 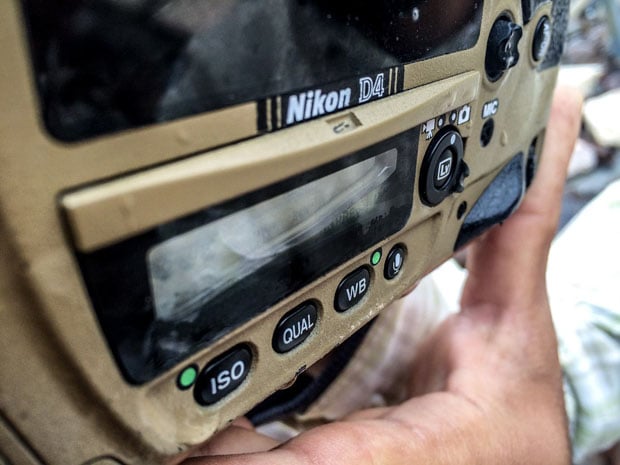 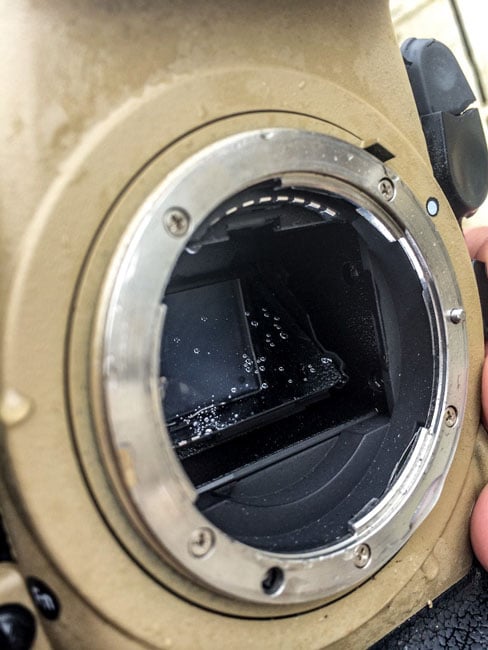 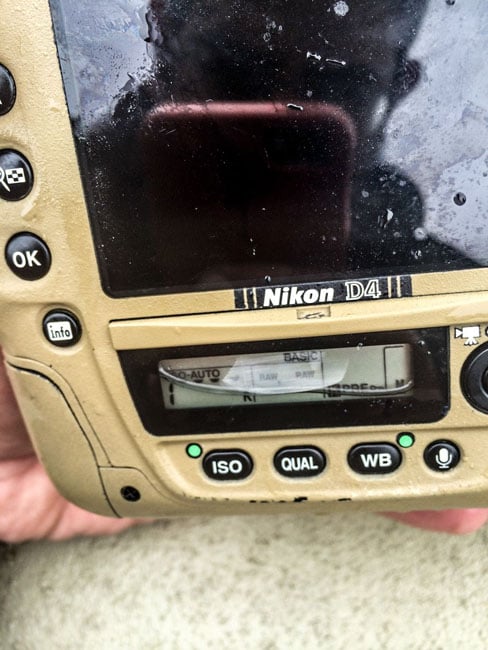 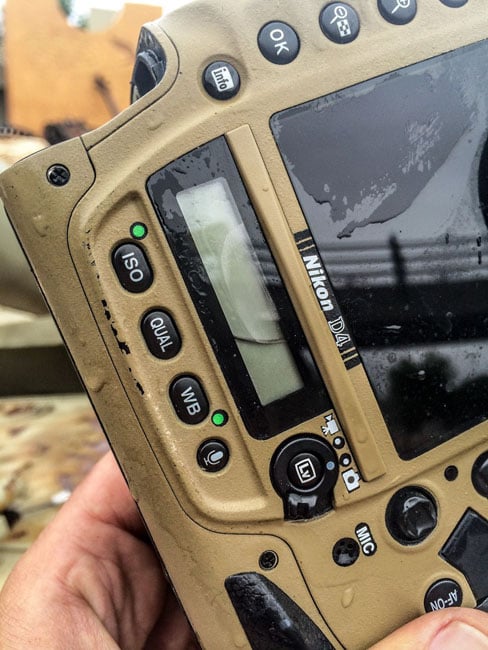 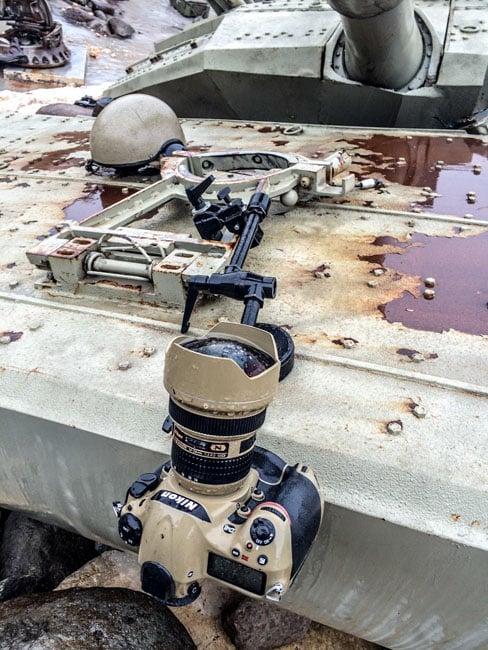 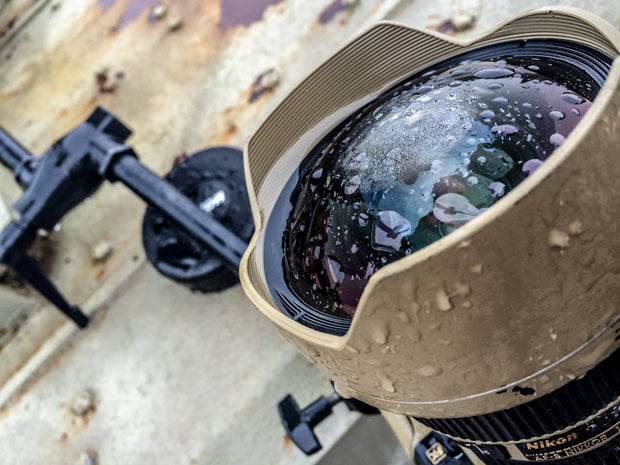 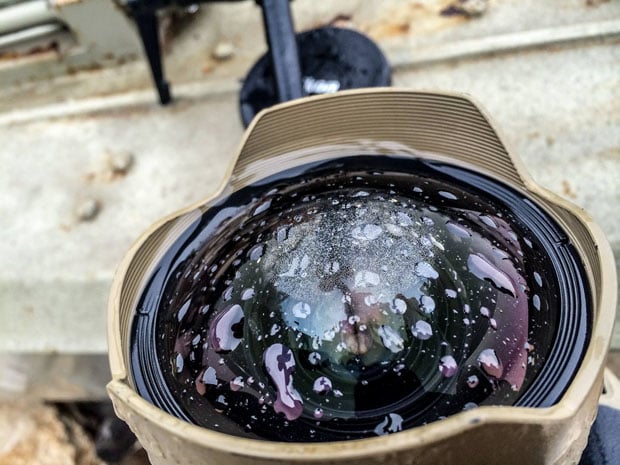 Amazingly, Frangieh says he wasn’t worried about the gear even after seeing how much water had fallen. His primary concern was the external battery he was using — he wasn’t sure if the cases had been closed all the way and feared that a short circuit could fry his equipment. Luckily, it was fine. 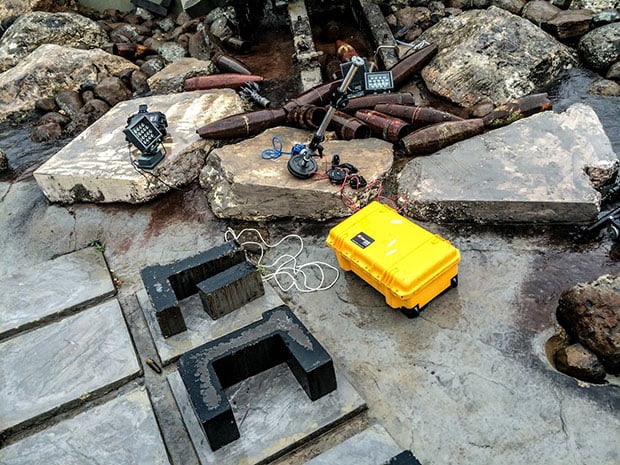 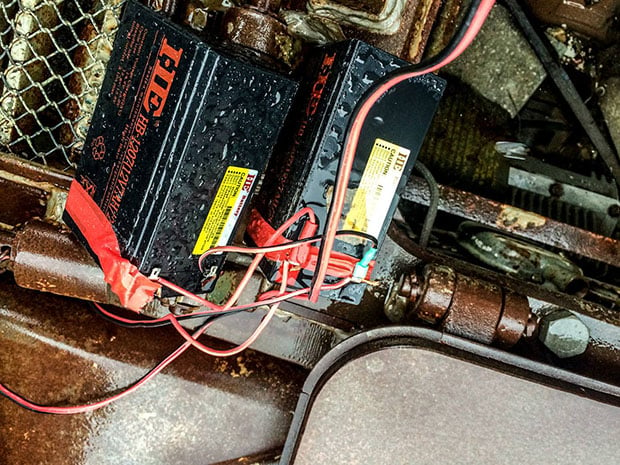 The amazing thing about the whole story is that the camera equipment still works properly, and should be back to roughly the condition it was before after a thorough cleaning and dehumidifying.

We’ve seen cameras survive extremely cold and icy environments and being immersed in sand. Now we can add “16 hours of heavy rainfall” to that list.

P.S. If you’re wondering about the unique look of Frangieh’s cameras, check out our prior coverage of his custom paint jobs.