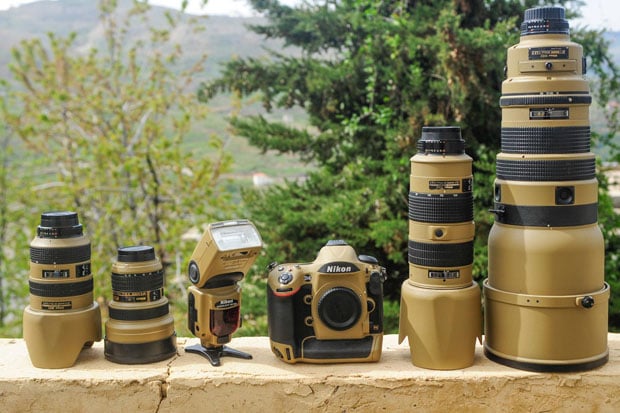 Lebanese photographer Alexy Joffre Frangieh is a professional time-lapse creator, and often puts his camera gear in extremely hot environments to create his shots. In order to help dissipate heat, he decided to give one of his kits a custom paint job. The resulting kit looks like something a military might officially assign its combat photographers.

Rather than use ordinary paints, Frangieh went with “Desert Mirage Lizard Camouflage”, a high-end military-grade compound (it’s something an army might use on its equipment).

Another interesting choice was Frangieh’s decision not to disassemble the gear prior to painting it. Instead, he spent two days applying protective masking to the areas of his gear that he didn’t want painted.

Once the gear was masked, he applied the compound by manually airbrushing the gear — a task that took four days to complete. The compound is dry and firm enough to be used after three days, but it reaches its maximum durability in three weeks. At that point, it becomes “as hard as ceramic,” Frangieh says. 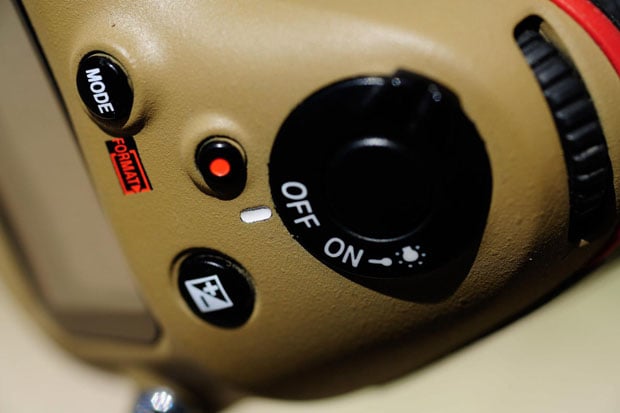 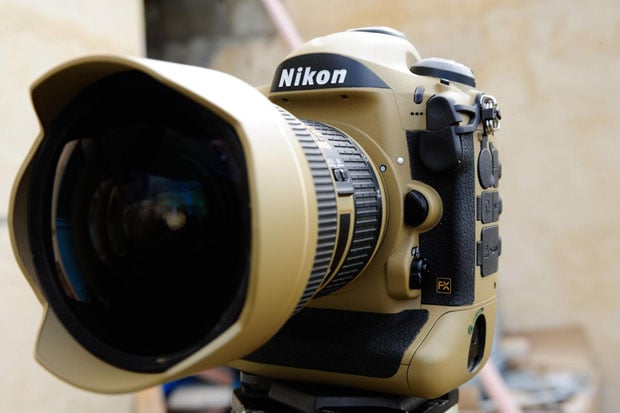 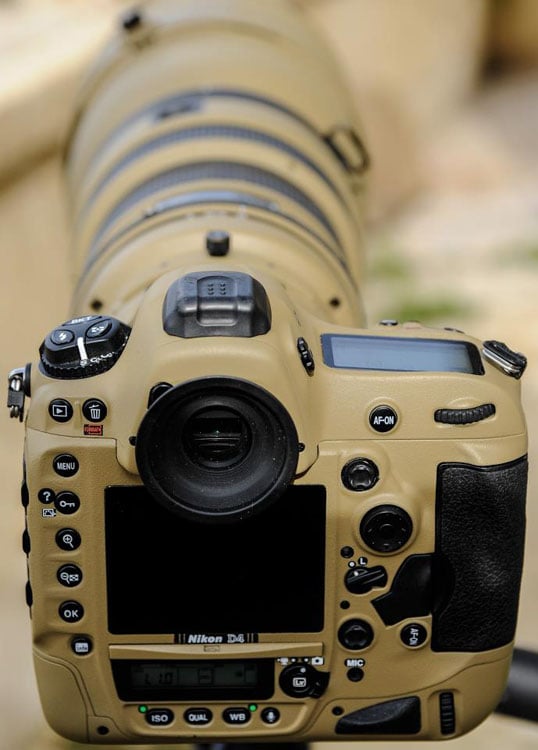 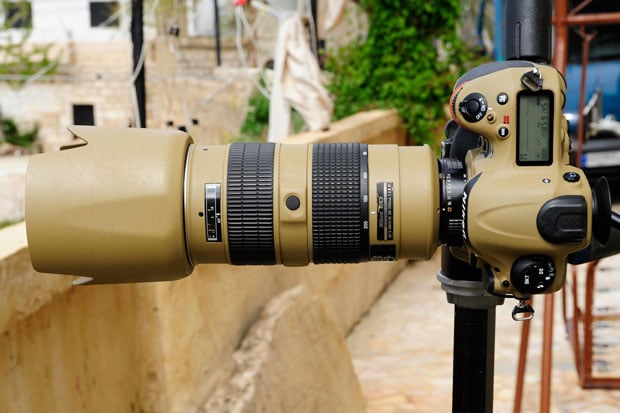 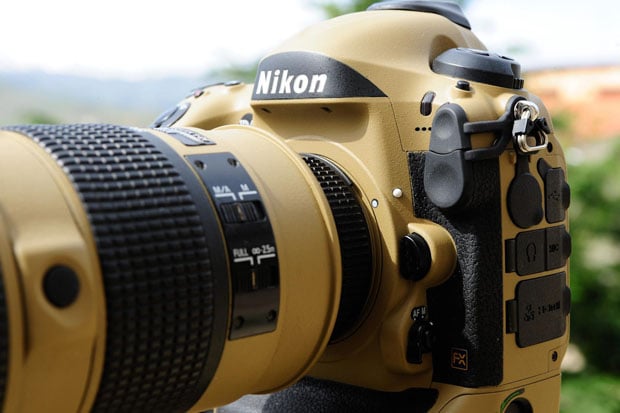 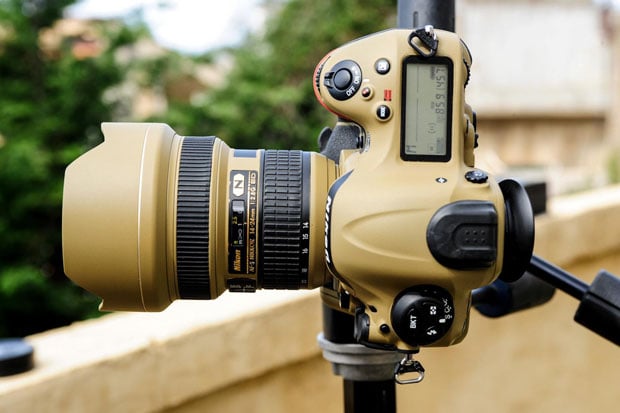 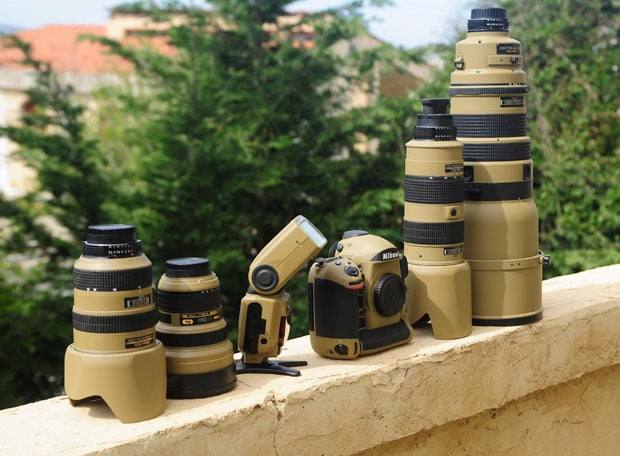 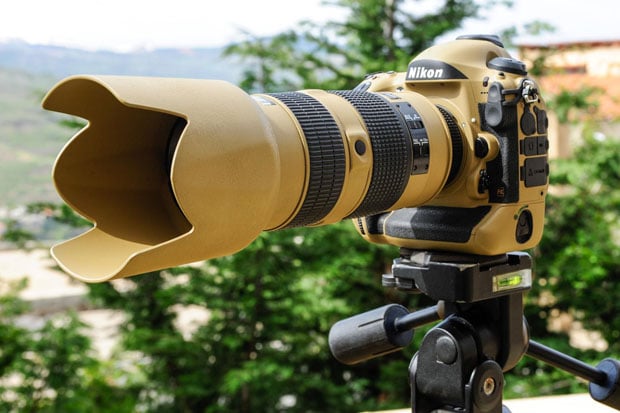 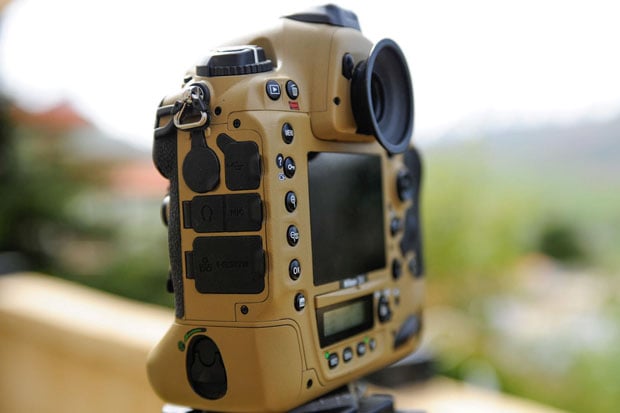 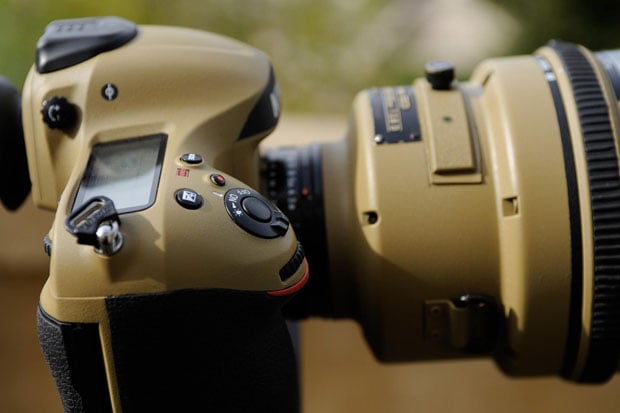 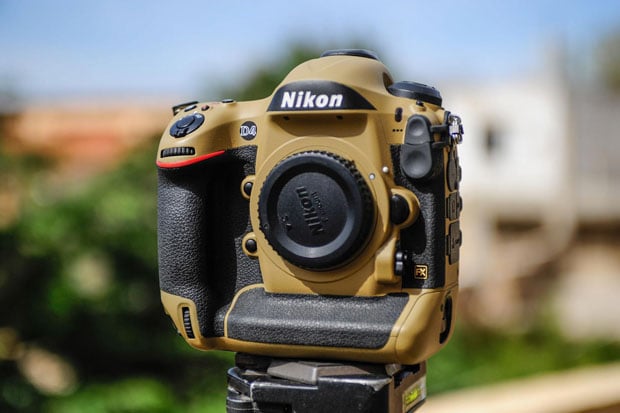 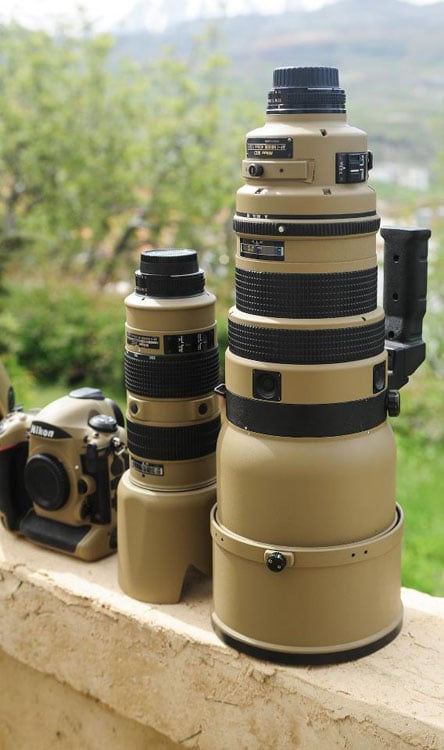 Frangieh tells us that in addition to helping reduce heat, the bright paint makes it easier for him to navigate the camera’s interface at night, since it’s “complementary to illuminated buttons.”

You can find a larger gallery of this “Desert Mirage Lizard” kit in this Facebook album.

You can also find some of Frangieh’s photography and time-lapse work on his YouTube channel and through his Facebook albums.