Last week we shared a video that got both incredibly popular and controversial. It was put together by Photigy’s Alex Koloskov, and showed how he created nearly-identical product shots of a glass of whisky using an iPhone and a Hasselblad.

Now he’s back to answer some of the concerns that readers brought up after watching that video, specifically regarding how much post-processing went into the image and if it would be printable on the large scale.

His point with the original video was that the camera shouldn’t be your first upgrade. Spend money on lighting, surfaces, modifiers and acquiring skill before you drop tens of thousands on a camera because, while a Hasselblad or any ‘real’ camera can and will outdo the iPhone, you can create amazing photos regardless of what camera you’re using. 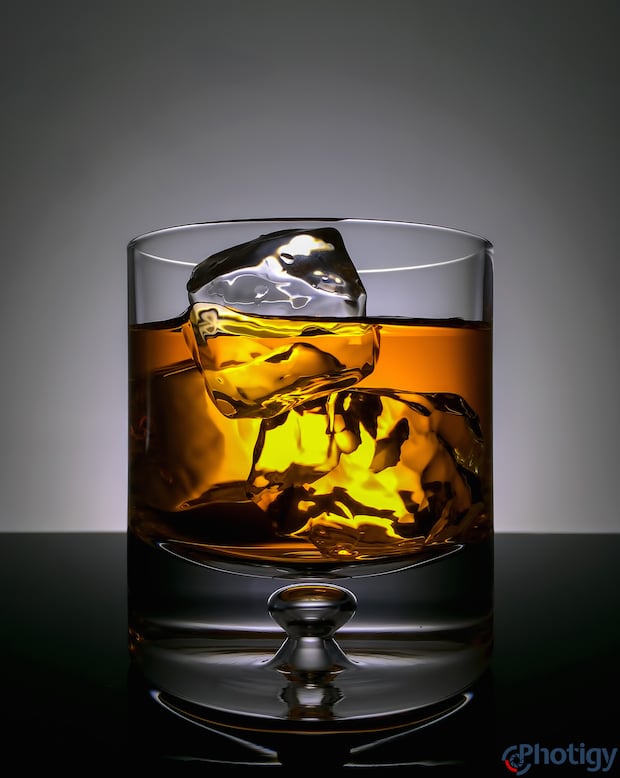 But even though his point wasn’t that the iPhone is just as good as *insert camera here* for product shots, that doesn’t mean it’s not good enough, which is what Koloskov is addressing in this followup video/post. As he writes over on Photigy:

Of course, the iPhone is not the best camera for a professional photographer, but let’s see how a decent image from an iPhone will look like after a short (12-minute) post-production effort… I also included the high-res retouched file to download and print for those who want to see it as an A3 print. Remember the 4Mpx Canon 1D? It was a true professional camera and images taken with it were printed quite large.

That 12-minute post-production — which includes aligning, dust and spot removal, de-noising, resizing and sharpening — is all that was done to the image, which you can download in full res over on Photigy.