Two days ago was the anniversary of the Boston Marathon bombings, and in true Boston spirit, the city came out in force to show that this tragedy had not stolen, but rather strengthened its spirit.

The slogan Boston Strong has been adopted by the city’s residents, and last Saturday Sports Illustrated and photographer Greg Heisler got together with a crowd of over 3,000 Bostonians to capture this slogan on film for this week’s cover of SI.

The video above shows you how the shoot went down, and you can see the final SI cover below: 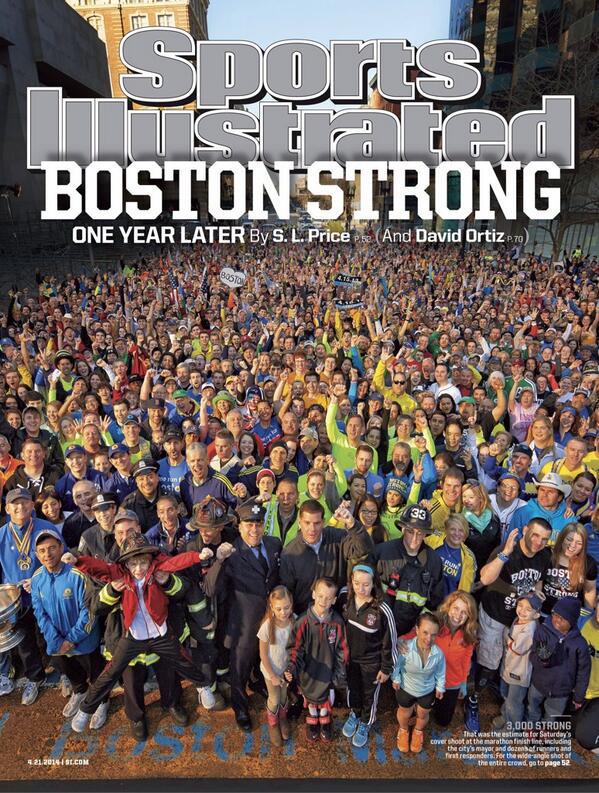 Runners from that day, first responders and even mayor Marty Walsh all made it out for this photography event. And while we could talk about how organizing 3,000 people into one photo is a difficult endeavor, or about Greg Heisler’s prowess as a portraitist and how fitting it is that he be the one to take this picture, all of that pales in comparison to the strength and resilience that is captured on the faces of each and every person there.

To learn more about the cover shoot, head over to SI by clicking here. That same link will also take you to a page where you can zoom in on each and every person pictured, just in case you or one of your friends was there for this momentous occasion.

Photojojo Gets Into the Rental Market, Will Offer Drones, Old Polaroid Cameras & More