Set up in the hallway that goes around the basketball arena, this creative shoot is yet another example of Heisler’s meticulous approach towards photography. When you’re trying to achieve studio-controlled lighting outside of the studio, those hours of planning aren’t just beneficial, they’re crucial.

In fact, Heisler goes so far as to say that “so much of what [he’s] done as a photographer” has been just that: setting up what would be a difficult shot in a studio, but doing it on location.

Here’s a closer look at that final shot: 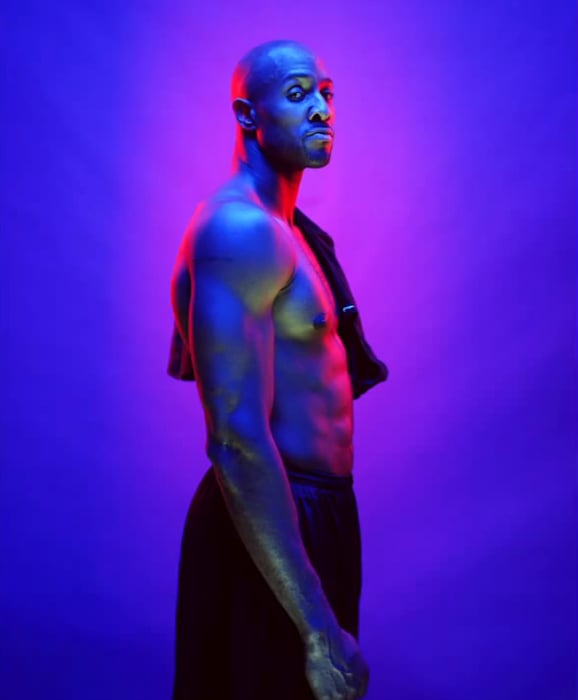 To get all of the details on how he set up the shot and got all of these psychedelic colors going, check out the whole video BTS at the top.

A Cheap Studio Backdrop and Reflector You Can Make at Home