In 2002, photographer Greg Heisler was asked to photograph former PLO Chairman Yasser Arafat. Now, eleven years later, we get to hear the story behind that photo.

At the time, Heisler was already in Gaza city photographing former Israeli Prime Minister Ehud Barak. And even though the photo of Arafat was a very simple shot taken using a wooden four-by-five camera, a black velvet backdrop and a simple soft box, it’s still fascinating to hear exactly what went into getting it.

Here’s how the cover turned out: 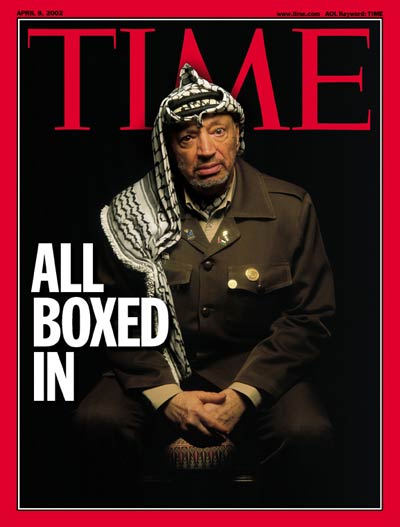 We’ve shared other behind the scenes looks with Greg Heisler; they often consist of meticulous planning, creative lighting setups, and stunning results. But this video is not really about technique, lighting, exposure, or even the camera he used. As you’ll see, the lighting set up for the photo is very straight forward.

No, this is about sitting across a virtual table from a phenomenal photographer and, as Strobist put it, swapping stories. It just so happens that, for the next three and a half minutes, it’s Heisler’s turn.