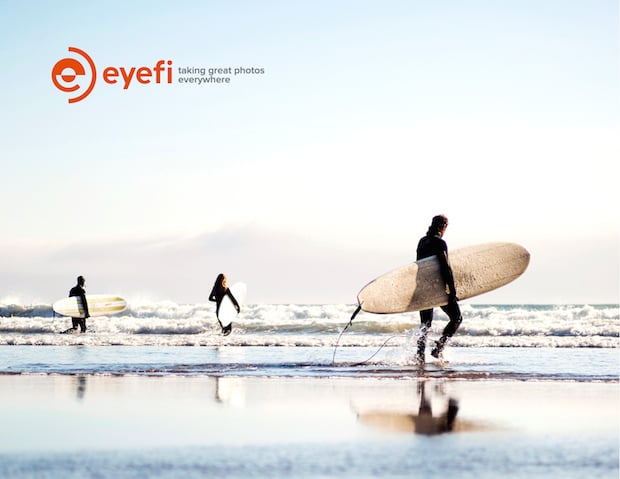 As built-in WiFi and dedicated apps become standard fare in most cameras, wireless SD card company Eyefi is making sure that its technology stays relevant and ahead of the game with a new subscription cloud sync service called, appropriately enough, Eyefi Cloud.

For $50 per year, Eyefi Cloud offers a service that is part instant backup and part multi-device convenience. Using the service, an Eyefi Mobi card and the updated Eyefi app, every photo you take can be transferred, not only to your device of choice, but straight to the cloud as well.

Once in the cloud, your images are viewable from anywhere — be that one of your other devices or a browser on your local Mac or PC. This will, in turn, make sharing those images later much more convenient, no matter where you are or what device you have on you. Set up as a competitor to other cloud storage services like Dropbox and Google+, Eyefi is quick to mention that their focus is 100% on your photos. This isn’t a cloud drive, this is a cloud photo album — a cloud-based camera roll that is sharable and syncs between all of your devices instantly when a change is made or a new photo is taken.

Whether or not this will do well against Dropbox, Google+ or the many other companies that offer cloud sync in a world where WiFi is so often built into your camera is yet to be seen. That $50 annually will get you unlimited storage, which is a big plus, but it might not be enough to entice people to pony up another $50 on an 8GB Eyefi card… especially if they don’t take a ton of photos and already have WiFi built into their camera.

Of course, these are just a few of the pros and cons. If you want to find out more about Eyefi Cloud you can do so over on the Eyefi website. And feel free to share your thoughts and opinion in the comments down below.

Tutorial: A Simple Technique for Matching Tones and Correcting Colors in Photoshop