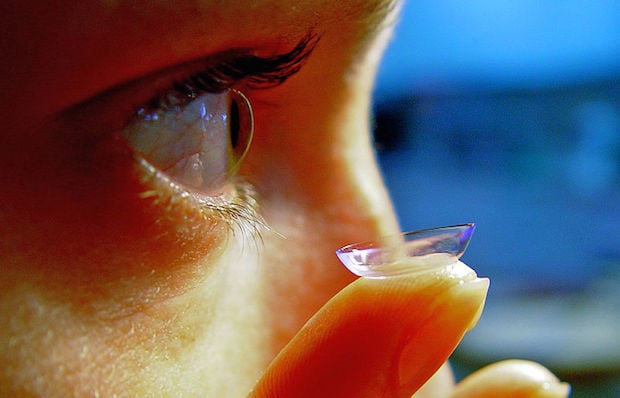 Forget having a camera in your pocket. Heck, forget having a camera strapped to your face ala Google Glass. As a recently published patent shows, Google intents to make cameras as much a part of you as possible, and the next logical step after glass is Contact Lens Cameras.

You heard it right. It seems Google’s computerized contact lenses won’t just be a way to measure blood sugar for those people who suffer from diabetes, our Mountain View-based overlords envision a day when they will be able to put a very tiny camera inside those lenses.

That camera would snap pictures of whatever it is you’re looking at using a special blink pattern, and then send those snaps to a connected device. 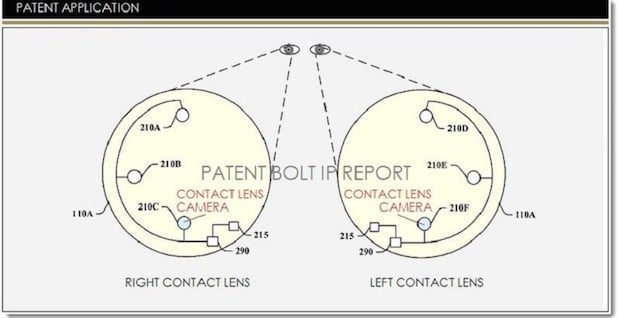 But this isn’t just something Google put out there because it sounds good, the company sees many positive applications here. A camera contact lens could offer invaluable feedback to a blind person who is, say, nearing a busy intersection. It could also notify said blind person if a friend is walking by using face recognition.

If you’re not blind, the possibilities fall into the superhuman realm when they’re not scaring the crap out of privacy advocates. The patent describes a display built into the lens that could work in concert with the camera to expand peripheral vision, highlight objects you’re about to run into or allow you to zoom in on things farther away.

Obviously, as long as this stays in patent form, it’s no more real than a science fiction novel. Still, this patent might just offer a glimpse into a not-so-distant version of photography’s future…

To find out more about the application, head over to Patent Bolt where they break down every bit of it, and even throw in some health concerns at the end for fun.

Hire a Photography Student to Photograph Your Wedding, Make a College Kid Happy