Editor’s Note: Although there is no direct footage of men dying, fighters on both sides lose their lives during this footage. It is not for the faint of heart.

Iconic conflict photographers are thought of as such because they do something that your standard news coverage just can’t do: they show the realities of war. Statistics enumerating the number of people killed or displaced by conflict are just numbers on a page until someone captures the reality of these numbers on film… or sensor.

The video above was not shot by a conflict photographer, but it too captures that reality of war in a profound and shocking way. For an hour, you can spend time looking through the eyes of a Syrian tank column as it wreaks unimaginable havoc.

We’ve said it at the top but I’ll re-iterate it here: this video is not for the faint of heart. That being said, it’s important that anybody who feels they can watch this, does. POV footage of war is something that we just haven’t seen before — it’s an unintended but powerful use of GoPro cameras. 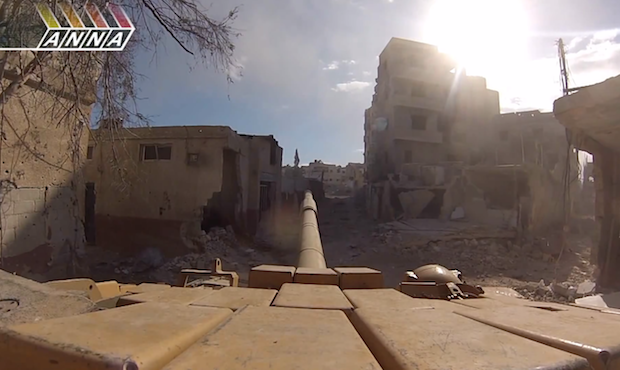 The entire video is almost an hour long, and even if you can stomach it, you probably won’t want to sit through the entire thing. To that end, the folks at Sploid outlined what happens throughout the entire hour so that you can skip to whatever section you feel is most important:

The footage was captured in Darayaa, once a suburb of Damascus with over 80,000 residents and now one of the front lines in the brutal civil war that is still being waged three years after it began.

Rumor: Photos and Full Specs for the Sony a3500 Leaked