Nikon USA has just joined the Google+ community, and eager as they are to make a positive impression and not seem like they’re arriving empty-handed, the company has simultaneously debuted a new 15-part instructional video series for beginners on up who like their educational content with a side of Nikon advertising.

All joking aside, the Nikon Behind the Scenes series, as they’re calling it, looks very promising. Nikon shooters Joe McNally, Corey Rich and Tamara Lackey will all contribute videos that range in subject from lighting tutorials (McNally’s territory) to outdoor and extreme action photography (Rich’s territory) to portrait and family photography (this one goes to Lackey).

The first video in the series is embedded above, and it constitutes a very basic (but also very informative) intro to reading light and using both available light and on-camera flash to shoot a portrait. The final shots, as you might expect given that it was Joe McNally taking them, came out quite beautiful. Here’s just one example: 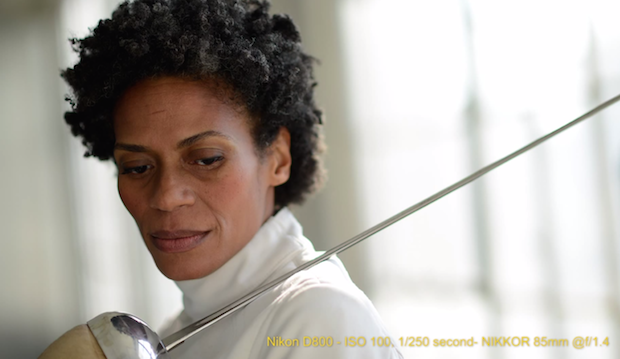 Each ‘segment’ has its own gimmicky name. Joe McNally’s tutorials are called ‘Light it Up,’ Corey Rich’s are called ‘High Altitude Adventure’ and Tamara Lackey’s are called ‘All in the Family.’

You can read more about each of these segments and check out a full schedule of upcoming episodes (one released every 10-20 days from yesterday through July 31st) by heading over to the Nikon Press Room. All videos will be published on Nikon USA’s YouTube channel.

Answering the Unanswerable: What is the Resolution of the Human Eye?

The Sky is Falling and the Light is Leaking: The A7r Anti-Massacree