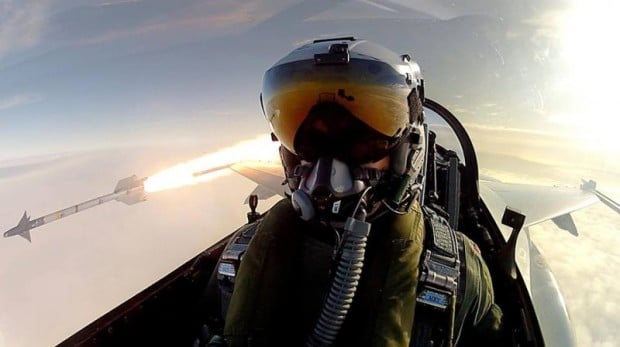 We’re fully aware that the term ‘epic’ is overused to the point where it means almost nothing. But in this case, we can’t help ourselves… because if this selfie doesn’t qualify as epic, then we’re not sure any selfie can.

Released recently by the Royal Danish Air Force, the photo shows an F16 pilot looking hardcore as can be, staring straight ahead as a live, AIM-9 Sidewinder missile takes off, covering his right wing in flames. Say what you will about the triviality of selfies, this is So. Freaking. Cool.

According to David Cenciotti over on The Aviationist, selfies are quite popular among fighter pilots, but it’s rare you get one where an air-to-air missile is being deployed because these kinds of ‘firing activities’ don’t happen often.

Still, rare doesn’t mean one-of-a-kind. And since this was so cool and we just needed to see another, we’re glad The Aviationist mentioned one more: 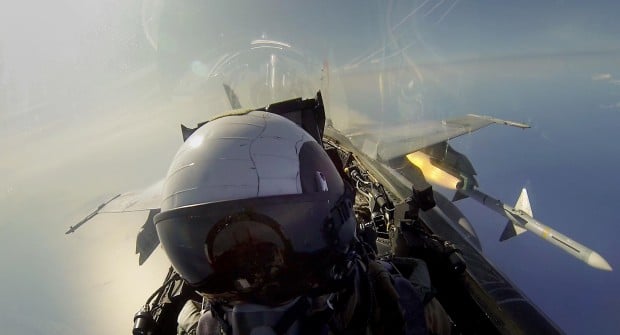 This photo was released by the US Marine Corps in mid-2013, and it captures Capt. Christopher Prout firing off an AIM-7 Sparrow missile from the seat of his F/A-18C Hornet.

We’ll be honest, this makes us feel like the rest of us ought to just give up on selfies entirely. Because between these guys and the astronauts taking portraits in orbit… well… we don’t stand a chance.

Image credits: Photographs by the RDAF and US Marine Corps.

Thanks for sending in the tip, Tristan!