A photographer named Andy Davidhazy hiked the 2,600 miles from Mexico to Canada on the Pacific Crest Trail. It was both a physical endeavor and a photographic one: every mile he traveled, Davidhazy stopped and took a single selfie. The video above is the time-lapse that he created after his epic journey.

Here’s what Davidhazy looked like in the first and last selfies of his project: 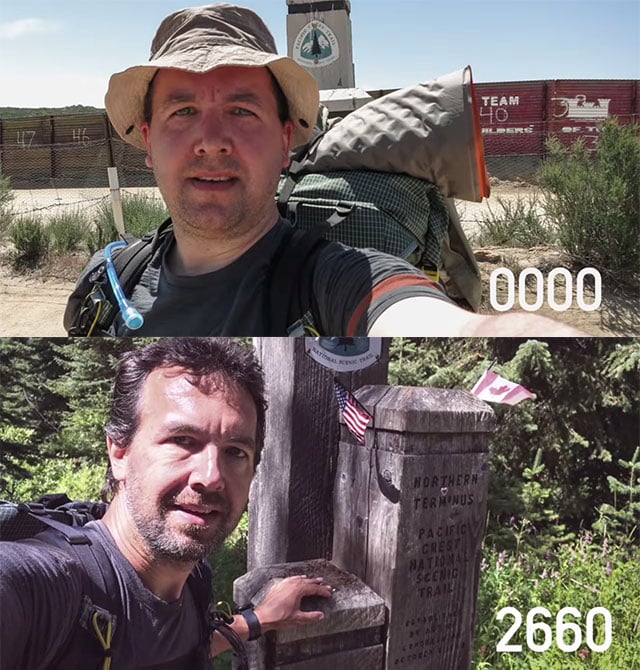 This effort was part of his new Lost or Found project.

(via Lost or Found via Boing Boing)

P.S. The current world record for completing the hike as quickly as possible was set in August 2014 by a man named Joseph McConaughy. He covered the distance in 53 days and 6 hours.

An 8-Bit Instant Camera Made with a Gun, Game Boy, Camera, and Thermal Printer