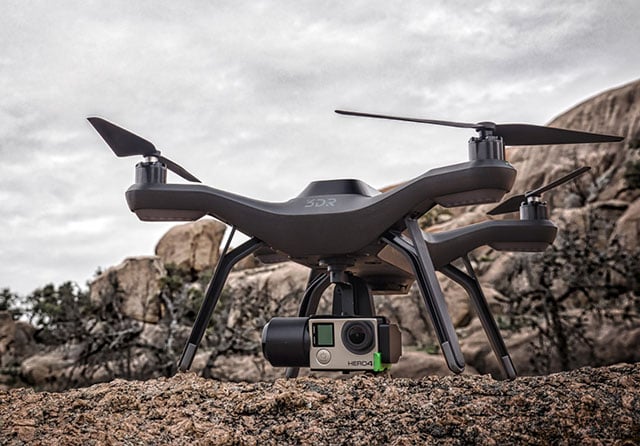 
There are two 1 GHz Linux computers powering the system: one located in the drone itself and one found inside the remote controller. These brains give the system features that make capturing aerial photos and videos a breeze. 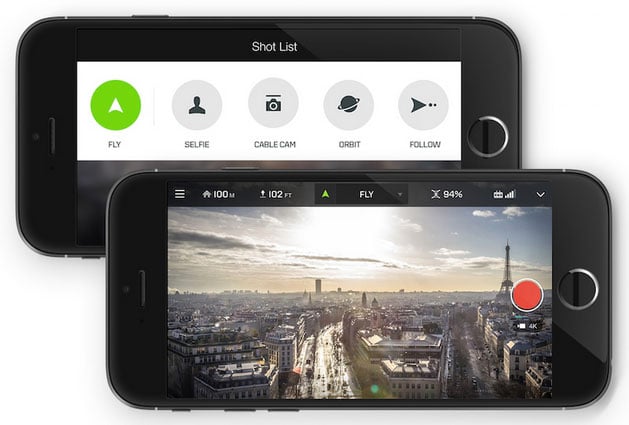 A “Cable Cam” feature lets you tell your drone to fly from one point to another in the air using the live view on your mobile screen, allowing you to focus on controlling your camera rather than piloting the copter.

“Orbit” lets you shoot a wraparound shot of an object with a simple push of the button. It puts the drone on a circular track around the spot (with an adjustable radius) while keeping the camera locked onto the subject.

With drone selfies becoming more and more popular, the Solo has a “Selfie” feature as well. It locks the pilot into the center of the frame and keeps the camera trained on them as the drone flies away, resulting in an epic shot in which the world grows around the subject.

Finally, a “Follow” feature lets you go hands free by telling the drone to follow your controller and keep the camera locked onto it.

The Solo’s controller is designed to mimic the look and feel of video game controllers, making it intuitive to use for people who have never flown a drone before. Taking off, landing, and even pausing in mid-air can be done with a single touch. Other specs of the Solo include: live HD streaming from GoPro to iOS/Android devices, a 20 minute flight time, a flexible accessory bay, a smart battery with an LED indicator, wireless updates, and a 3-axis solo gimbal.

(via 3D Robotics via Engadget)