Aptly named because, while capable of being used as a camera app, the app’s main attraction is its ability to simulate, preview and capture the viewfinders of hundreds of camera and lens combinations, all from the screen of your iPhone.

Meant to handle just like your camera, Mark II Artist’s Viewfinder features auto-exposure lock, autofocus lock, an autofocus confirmation beep and a customizable Fn Key — all wrapped up in an easy to access “Quick Control Screen.”

Whether you’re out on an adventure debating what lens will best capture the landscape, or deciding what format to use in the studio, Mark II Artist’s Viewfinder can help you out. 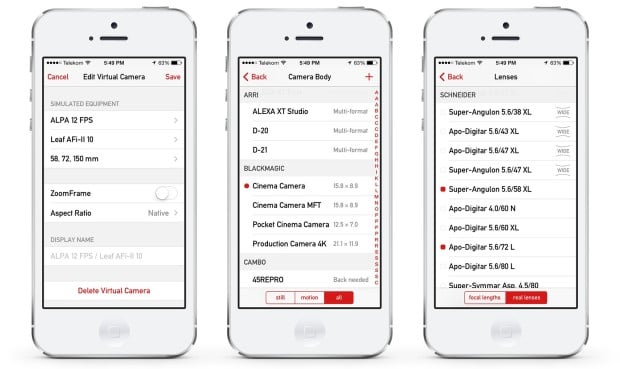 With a database consisting of over 470 still and motion picture cameras, 150 medium and large format cameras, and more lenses than you can shake a tripod at, your possibilities are limited only by your imagination … and maybe your wallet.

In addition to the ability to build your own setup, Mark II Artist’s Viewfinder saves the GPS and simulated metadata with each image you capture within the app, making sure there’s proper documentation for when you’re wanting to reference a particular scene and setup in the future. 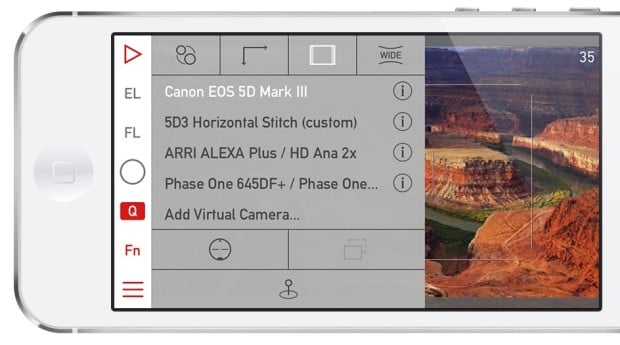 The only real pitfall is that, at $25 in the App Store, it doesn’t come cheap. But this isn’t exactly the type of app an everyday shooter is going to need.

Designed to feel like an extension of your camera rather than a completely separate device, Mark II Artist’s Viewfinder combines an impressive database of gear, an intuitive experience and an extremely useful tool into a beautifully designed package for visual artists across the board.

(via Leica Rumors via PopPhoto)

One Journey, Two Cameras: The Sony A7r and the Leica M Monochrom