A few months back I got to see the mighty, ever-reigning dinosaur kings of rock, the Rolling Stones. I had a general admission ticket and a small pocket camera, and arrived many hours early so as to worm my way clear up to the front. 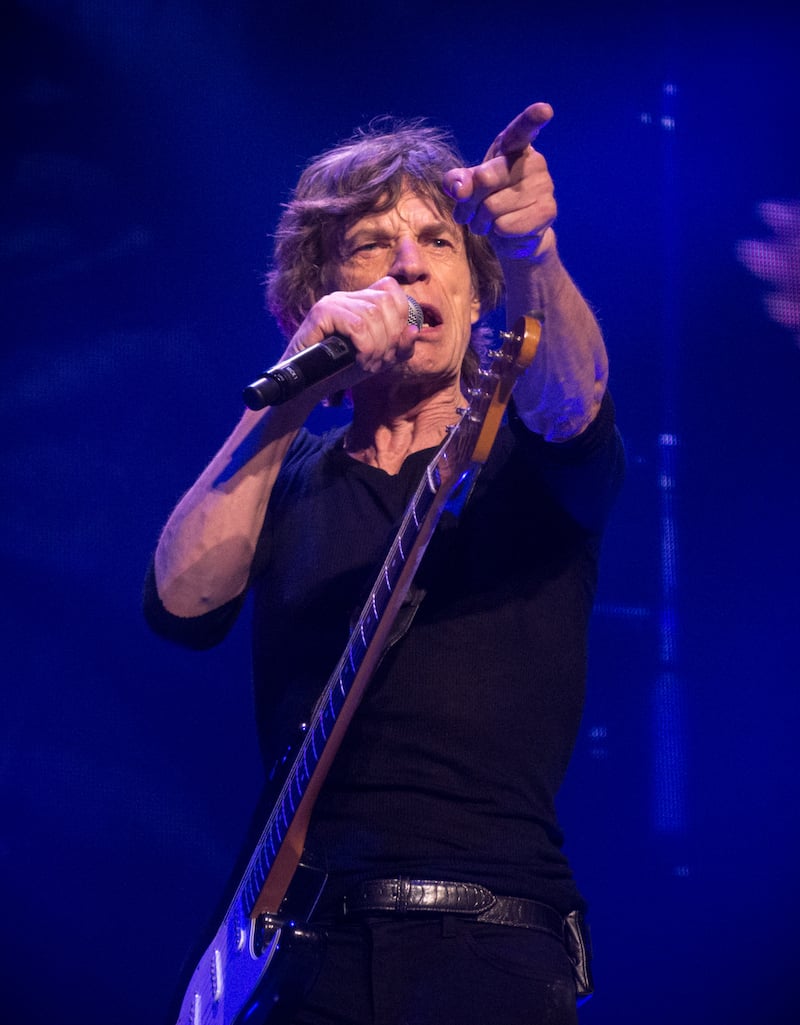 It was a thunderous, spellbinding show. Keith, Ronnie & Darryl didn’t miss a note, Charlie didn’t miss a beat, and Mick preened and darted around the vast arena like a man a third his age. Smirking hipsters dismiss the Stones for being old (how dare they!), for lacking modern relevance, and/or for cynically milking their fans for every last dollar. Whatever. That night I saw a band that cared very, very deeply about its creations and its legacy — guys whose wealth long since freed them from any chore they’d rather avoid, and who spent that and dozens of other nights exerting themselves to the limit to create their spectacle. 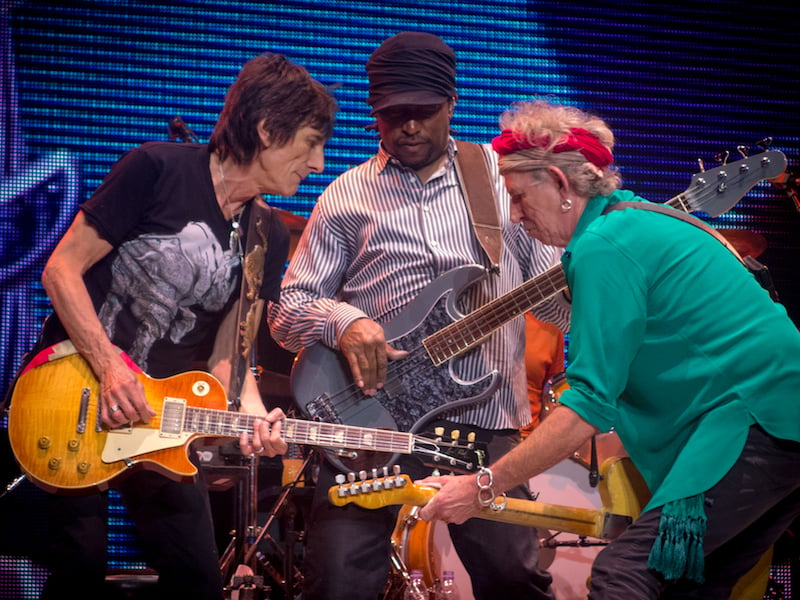 I’ve seen the Stones several times over the years, but this was the first time I brought a camera. The smartphone tsunami has forced concert promoters to give up their long-running battle against fan photos. Fancy SLR’s are still prohibited at lots of shows. But apart from a few hardline reactionaries like Prince, most performers let their audiences go hog-wild with pocket cameras and cellphones. 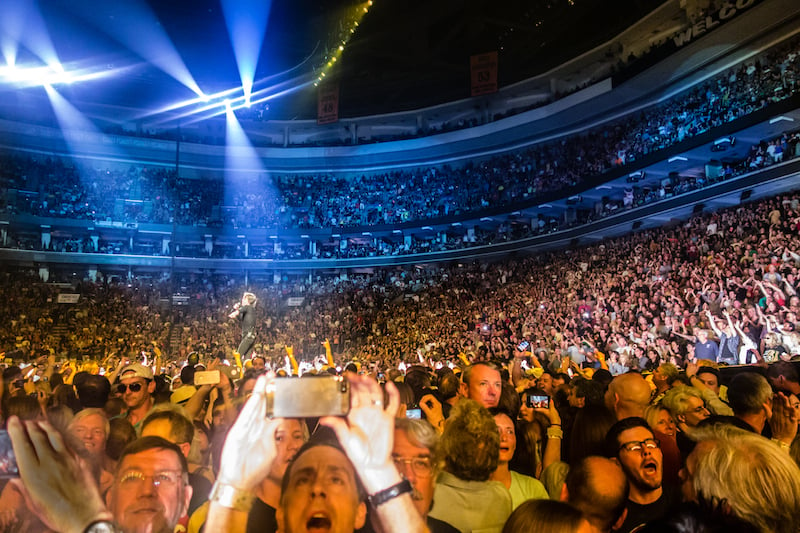 This is a long-winded preamble to what I really want to discuss in this post — which is the awesome capabilities that you can now find in a pocket camera. With extreme lighting, fast-moving subjects, and chaotic settings, live concerts present photographers with an awful lot of headwinds. I hope these shots show that you can now achieve impressive results in the trickiest environments with just a wisp of hardware (at the bottom of this post you’ll find a link to much larger versions of the photos, which will give you a better sense of their quality). 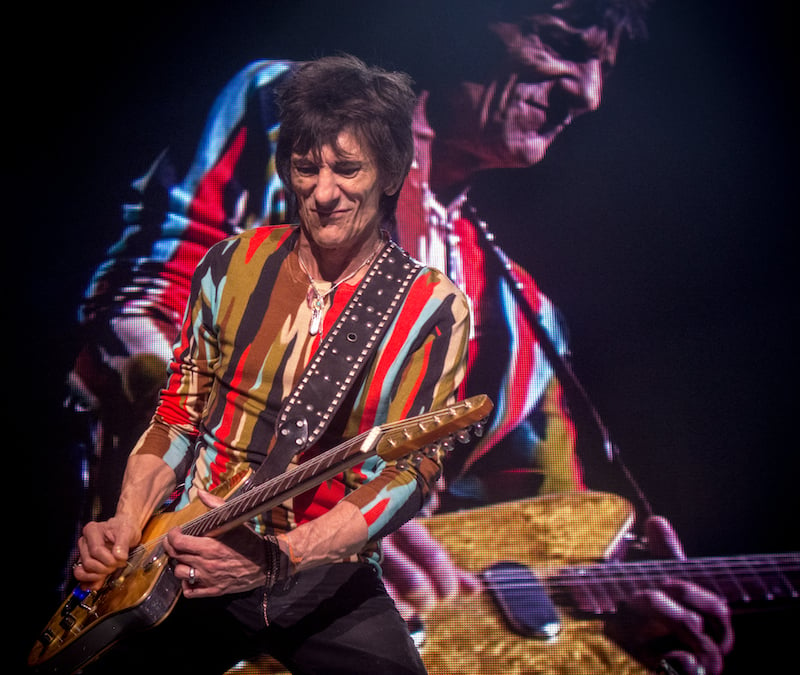 OK, so the holidays are past us — nonetheless, my belated gift suggestion for avid photographers at ANY level of expertise (after all, there are birthdays coming up!) is the Sony RX-100, which took all of these shots. It comes in two flavors — the original RX-100 (which dates back to mid-2012) and its ingeniously named successor, the RX-100 II.

I can usually be gulled into upgrading to any new version of my favorite gizmos. But even as a rabid RX-100 fan, I sat out the new version, and suggest that you do the same. The specs are barely improved, yet the new version will run you a couple hundred dollars more. To be clear, you have to love someone a lot to buy them even the dowdy old original, which rounds to $500. But it’s a breathtaking piece of technology. 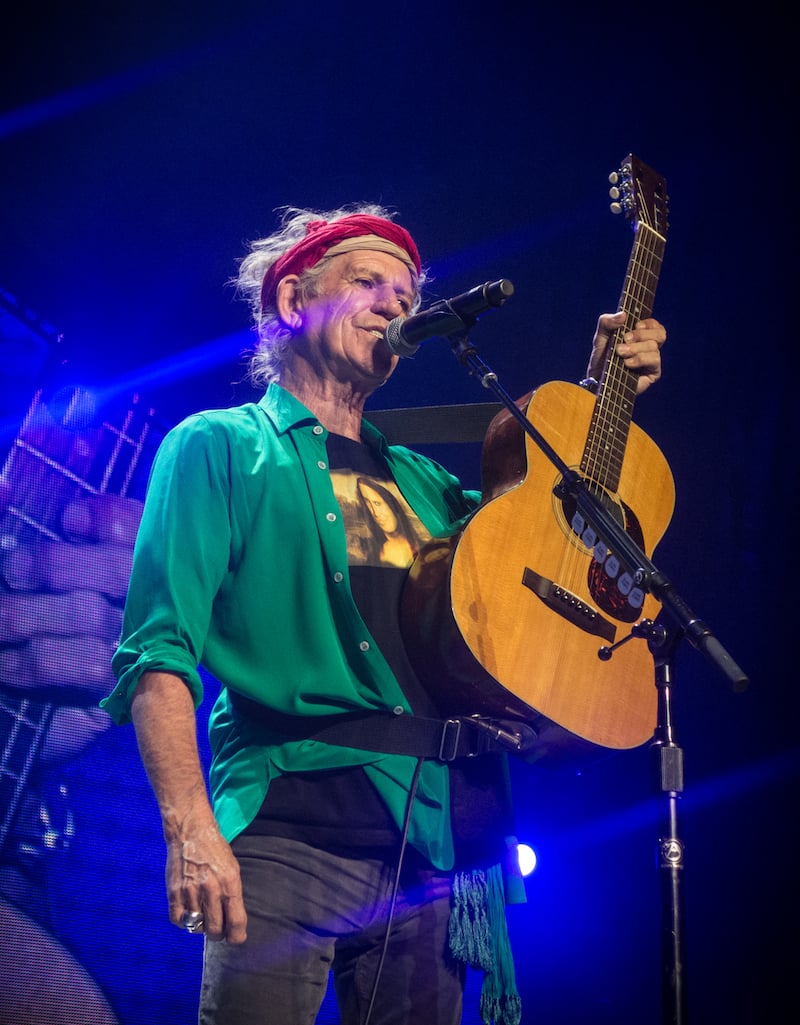 I bought mine shortly after it first came out, when the mighty David Pogue — a reviewer who is not prone to hyperbole (at least not for non-Apple products) — began a New York Times piece with the words, “This is a review of the best pocket camera ever made.” Eighteen months on, I’d say this introduction remains largely accurate. The RX-100 has many superpowers. And one of the most important ones might strike some people as obscure — specifically, its ability to shoot images in the RAW format. 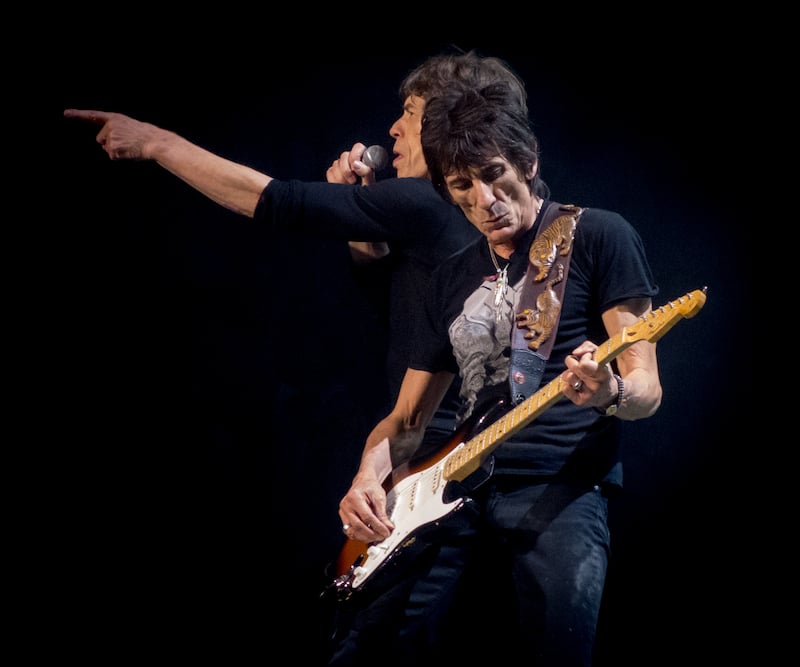 Thousands of carefully chosen words can be written about RAW, but the Cliff Notes are that it gives unbelievable after-the-fact control over the tone and quality of light in an image. Harnessing this power requires sophisticated software, and I’m a huge fan of Lightroom by Adobe. This will run you about a hundred bucks, but (much more significantly) I’d say you should expect to spend about a hundred hours truly mastering it.

The good news is that you can spread this over a year or more, because you’ll start achieving amazing things almost immediately, and the complete learning process will be a joy to anyone who loves engaging in digital images. I’ve read plenty of Lightroom books over the years, and the by-far best in my view is Scott Kelby’s. If you steadily work your way through this gem, testing out everything he discusses, you will gradually become a true Lightroom ninja. Take your time and enjoy the journey. 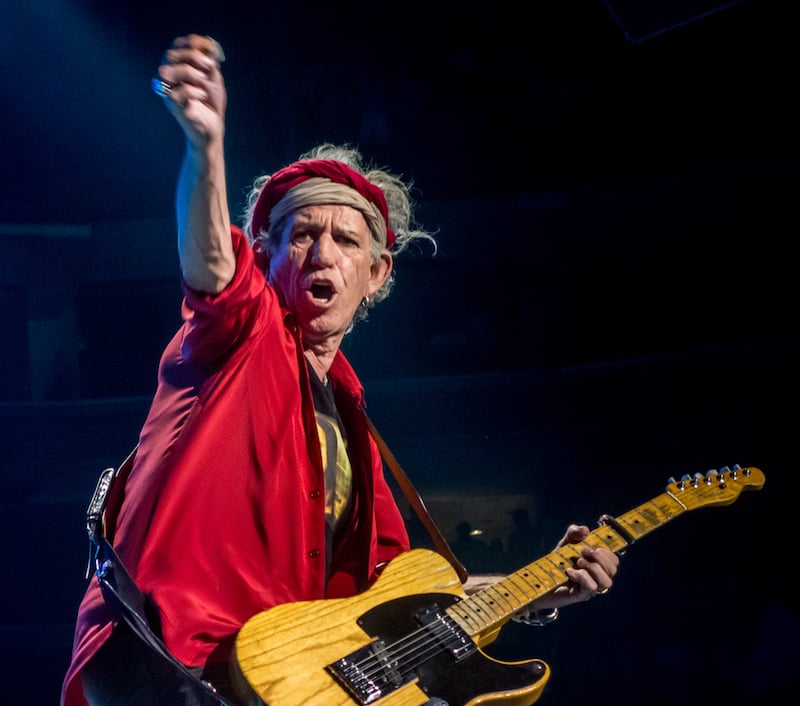 And that journey should absolutely include smuggling your camera into every concert that you attend. If you’re interested in this sort of thing, you should absolutely read this detailed & articulate discussion of concert photography and hardware (including the RX-100) by Jason DeBord. Jason’s wonderful blog features a constant procession of shows that he documents using both professional and civilian camera gear. 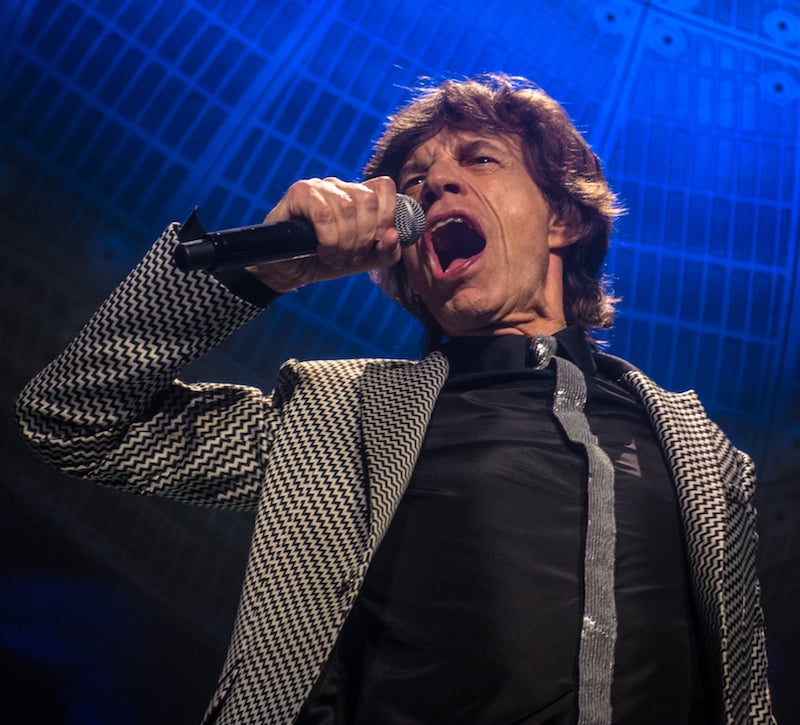 Finally to reiterate a prior point, I absolutely recommend the RX-100 and its ilk to photographers at any level — including pros with enough fancy gear to fill a Hummer. I have a wonderful, cumbersome SLR that takes stunning images, and which I wouldn’t want to lug into 90% of the environments that I inhabit on any given day.

It’s a truism that the best camera for any situation is the one that you happen to have with you at the time. Usually, this will be your cellphone. If you’re lucky enough to go on safari, you may be lucky enough to own a Canon 7D, and you should absolutely pack it. But for those in-between situations that call for both fabulous imagery and super-portable technology, high-end pocket cameras are really starting to deliver the goods. And as with all things tech-related, you can expect today’s top-of-the-line performance to migrate into bargain price points within a few years. 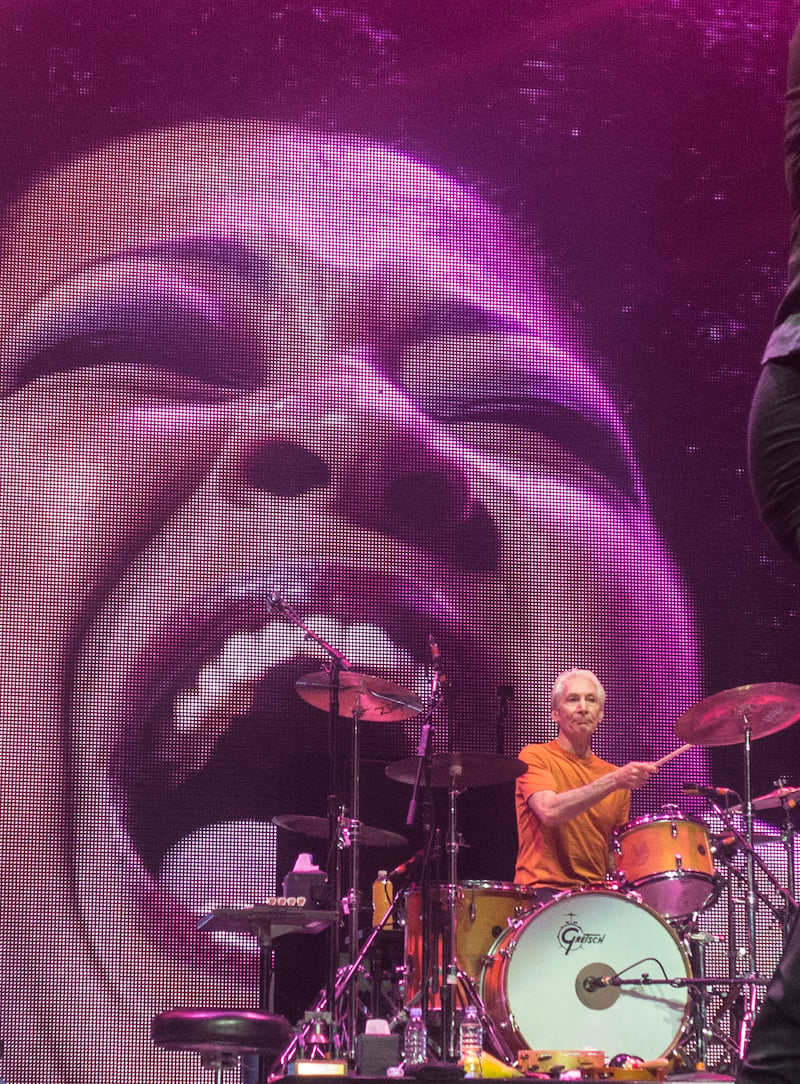 Incidentally, is it just me, or does it look like Charlie is about to be swallowed by a gigantic Stones logo up there? The things you can do with a Jumbotron these days… 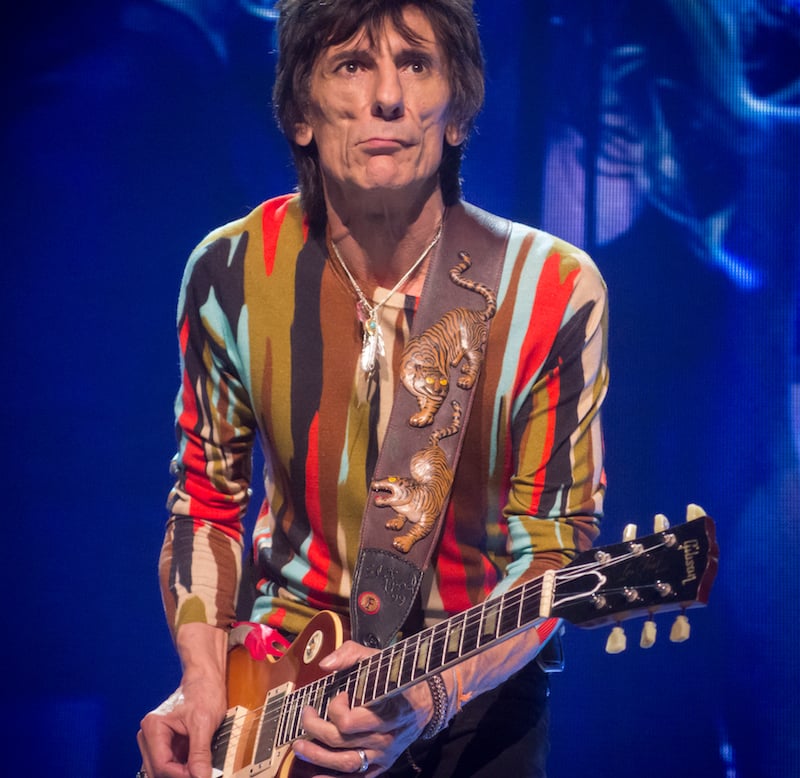 Anyway — if you enjoy these images, I’ve posted much larger versions of them and dozens of others in this SmugMug photo album. Click on the large image on the right side of the screen to see it in ultra-big form, and then navigate through the album using your arrow keys. 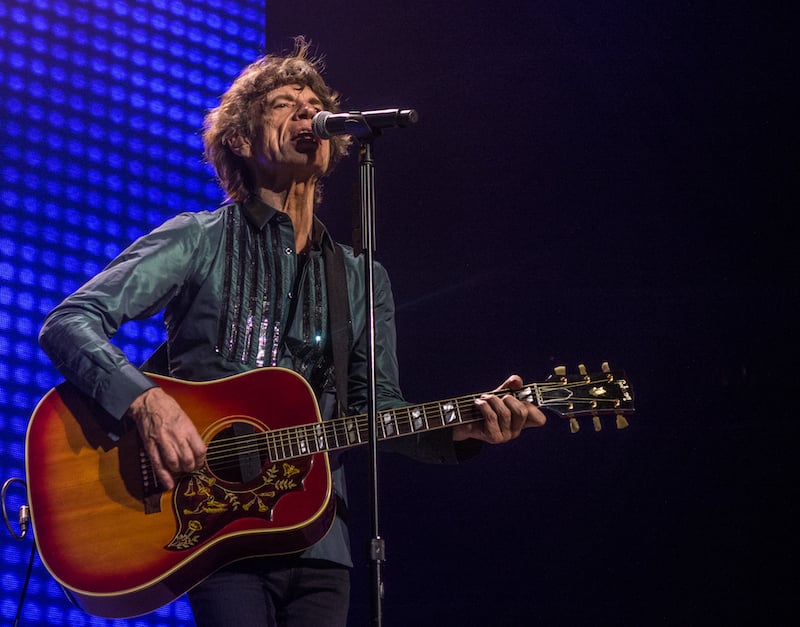 About the author: Years ago, Rob Reid started the company that created the Rhapsody music service. These days he writes fiction for Random House. His most recent novel (Year Zero) is the story of a vast alien civilization with a disastrously expensive fondness for American pop music. You can keep up with him on his website, Facebook and Twitter. This article was originally published here.

Canon Introduces Three New PowerShots, Including One with a Rear-Facing Camera