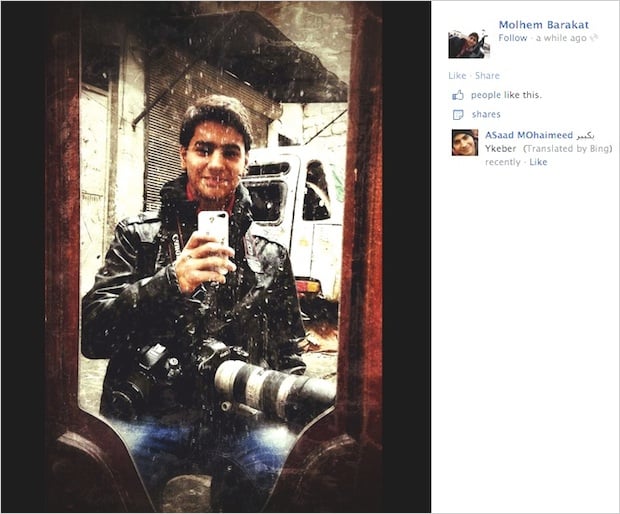 A few days ago, we shared the tragic news Reuters freelancer Molhem Barakat, who some were claiming was as young as 17-years-old, had been killed while photographing a battle in Syria. Since then, Reuters ethics and business practices have been called into question by an outraged journalistic community that has even gone so far as to start a Change.org petition demanding that the news organization take responsibility for the young boy’s murder.

Immediately following Barakat’s death, Reuters was questioned by BBC journalist Stuart Hughes about his age, training and pay. The agency initially responded with the following statement:

We are deeply saddened by the death of Molhem Barakat, who sold photos to Reuters on a freelance basis. To best protect the many journalists on the ground in a dangerous and volatile war zone, we think it is inappropriate to comment any further at this time.

A statement that Andrew MacGregor Marshall, a former Reuters bureau chief who resigned in 2011 after 17 years with the agency, called, “extraordinar[ily], cynically dishonest.” 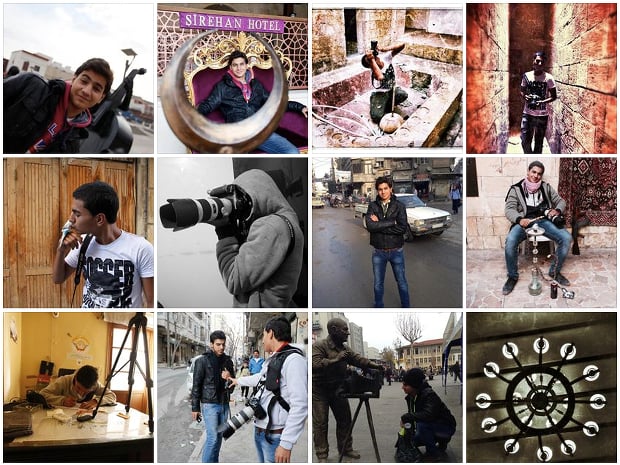 Reuters has now confirmed that Barakat was actually 18 years old at both the date of his hiring and death, but that has done nothing to abate the anger that journalists like Corey Pein feel towards the situation. In a blog post that has now been widely linked and quoted, Pein wonders, “how it was that an inexperienced teenager came to be working for a major news organization in a war zone.”

Pein also unearthed the fact that Reuters seemed to be paying Barakat only $100 for the 10 photos he would upload daily, with a potential bonus of $50 or $100 if his photo was selected as one of NY Times’ Lens Blog’s photos of the day.

Journalists who knew Barakat have also chimed in. In a blog post entitled “On the Death of Another Syrian,” Hannah Lucinda Smith wrote:

Her words have been taken to heart by many others, who have now started a petition on Change.org demanding that Reuters honor the words in its published guidelines regarding dangerous situations — namely: “Your bureau chief/cluster chief and the regional Managing Editor are responsible for your safety” — and take responsibility for the young man’s death.

What exactly “taking responsibility” would look like is anybody’s guess. Would it be enough if the agency admitted that it did not (as seems to be the case) properly train or equip him to photograph in a war zone and apologized? Who would they even apologize to? Is there some monetary compensation due to his next of kin? For the petitioners, it seems taking responsibility begins with answering the many questions posed by Mr. Pein in his blog post.

The sat truth is that Barakat was probably not the only teenager working as a stringer for large agencies like Reuters. But his death is a tragedy that has gained the public eye, and thus might be a catalyst for change, although that is hardly consolation for those who knew him personally.

As Smith concluded in her post, “His life should be a quarter of the way through, not over. He shouldn’t have been anywhere near a frontline. [His] motorbike should have been the most dangerous thing he had to worry about.”

(via A Photo Editor, Huffington Post and Corey Pein)

BTS: How the Sony Skydive Lens Change Ad Was Filmed… and No It Wasn’t Fake