We hope you never get sick of hearing about stories that show the true power of photography to affect change, because I doubt we’ll ever get sick of finding and sharing them. The most recent such story we’ve stumbled across is told by photojournalist Marcus Bleasdale, whose work has already helped curtail the efforts of warlords in Africa who are exploiting children in their attempt to rule Congo.

Bleasdale’s work in the Congo began in the early 2000s as a photographer for the organization Human Rights Watch. Between 2003 and 2004, he documented the horrible realities of gold mining in Congo, bringing back photos of children given two choices: toil away in a mine to help fund a warlord, of carry around a Kalashnikov and fight for him.

Thankfully, those photos had an immediate and powerful impact. A Swiss gold mining company that was helping to extract and purchasing gold from Eastern Congo was forced to pull out, stopping $150 million worth of gold purchasing overnight. As Bleasdale so succinctly puts it: “That’s the power of photography.” 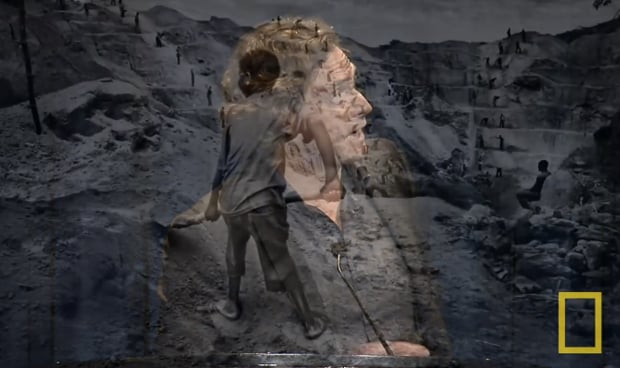 But his work is far from finished. This war isn’t over. Gold, Tin and other metals are still being mined by children in Eastern Congo and exported to factories that, ultimately, create the electronics that we all use.

With help from National Geographic, Bleasdale hopes to be a source of knowledge, sharing the harsh realities of this conflict with the masses through the undeniable in-your-face power of photography, so that “maybe, one day, we can actually buy a smartphone, or a computer, or a camera, or a television that is stamped ‘conflict free.'”

Check out the video at the top to see the full, powerful presentation. And if you’d like to learn more about Bleasdale and the work he is doing, head over to his website by clicking here.