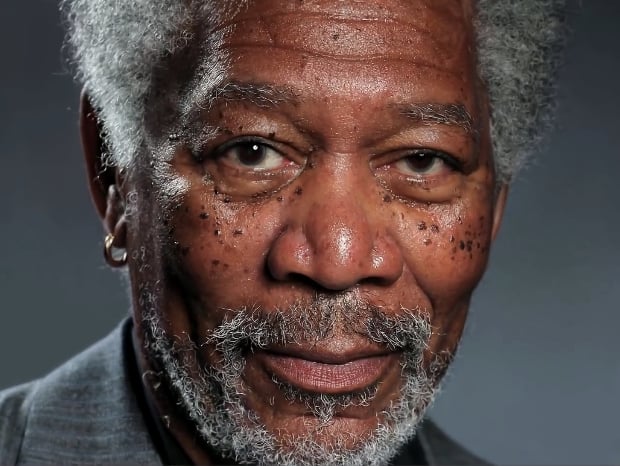 One of the most recent videos to go extremely viral over the past several days involves a behind the scenes look at how a portrait of Morgan Freeman came together… and when we say came together, we mean created from scratch on an iPad by finger-painting!

That’s right: the portrait you see above is actually an iPad finger-painting by artist Kyle Lambert based on this photograph taken by photographer Scott Gries, and we’ll be darned if we can tell which one was done on a freaking $6 tablet app and which one was captured on an actual camera.

Here’s a video showing the process of creating the portrait from start to finish in an app called Procreate on the new iPad Air:

To see more of Lambert’s work head over to his YouTube channel or check out his website by following the corresponding links — there are plenty more unbelievable portraits where this one came from. Those interested can even find tutorials on his site to help you learn to do this for yourself… for our part, we’ll stick with cameras thank you very much.

Update: In light of the controversy surrounding this painting’s authenticity, several publications have reached out to Mr. Lambert. Here’s a snippet of the email reply he sent to My Modern Met:

To answer your question, no at no stage was the original photograph on my iPad or inside the Procreate app. Procreate documents the entire painting process, so even if I wanted to import a photo layer it would have shown in the video export from the app…

I trained as an oil painter and have been painting portraits and concept art using my Mac and iPad now for around 10 years now. Essentially, I’ve spent a lot of time learning how to paint realistic looking images. All I have done here is adapted my usual technique to work with my fingers instead of a stylus or brush…

The whole point of the video is that the final image looks almost indistinguishable from the reference photo. If it didn’t, then the claim of it being ‘the world’s most realistic finger painting’ wouldn’t really be a valid one.

You can read his entire response over on My Modern Met by clicking here.