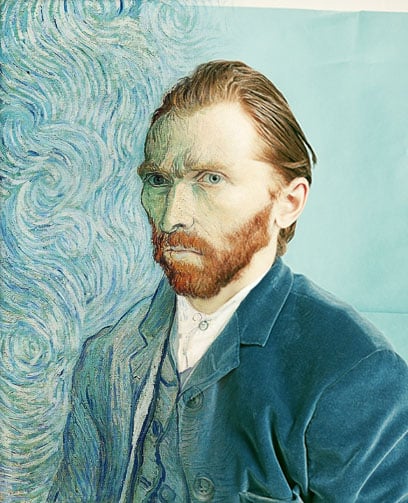 What would Vincent van Gogh’s work look like if he had been a photographer instead of a master painter? Would he have created his self-portraits using a camera instead of a brush?

Photographer Tadao Cern recently created an interesting image that explores this question. He took one of the artist’s most famous self-portraits and using Photoshoppery to recreate it as a still photo.


Here’s the painting he started out with: 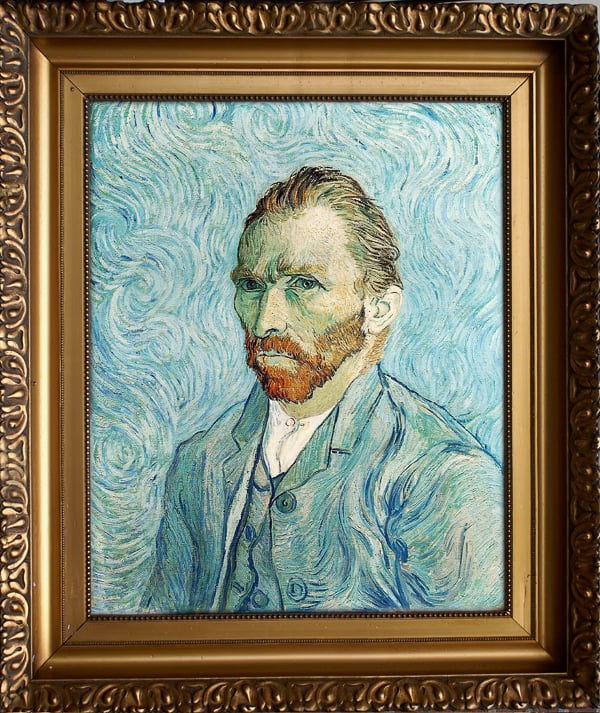 …and here’s the photograph Cern came up with: 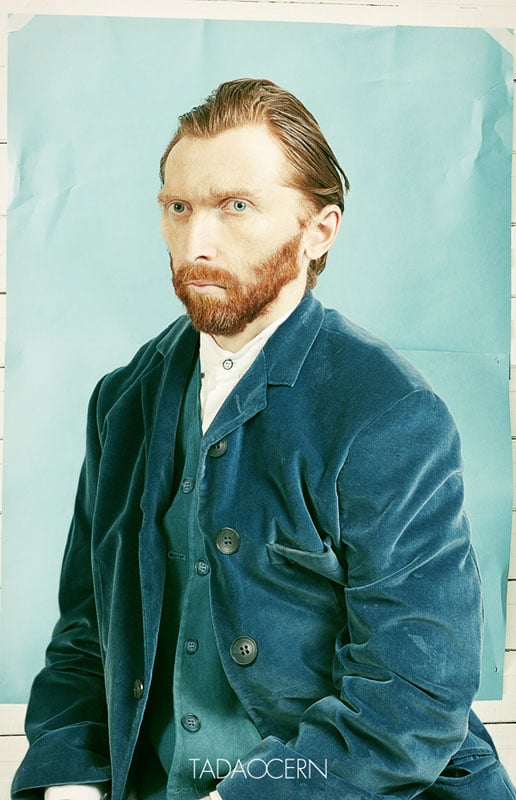 Check out this video that shows a piece-by-piece comparison of the two images:

Here’s what Cern tells us about the project:

I recreated one of the most famous Vincent Van Gogh self portraits as a photography using DSLR and ‘some’ Photoshop tricks. The idea came spontaneously – I saw my friend that has ginger hair and beard and thought that it would be very funny to make a portrait of Vincent Van Gogh.

He liked the idea and a week later we met in my studio. After some preparation work we made few shots and after a day of editing the final image I posted it on the Internet.

At the moment I have no plans to make something similar but who knows:) I think that this only one image stand quite good for himself as a project already.

Funny that a lot of people are confused by the image. Some of them keep asking me if there’s really a guy that looks so alike Van Gogh. Some of them don’t believe that it’s a photo at all. And some of them thought that I really took a picture of Vincent Van Gogh.

The accuracy of the recreation is amazing. You can find more of Cern’s work on his website, on Facebook, and on Behance.

Update: Here’s some additional info from Cern on how he created the image:

First of all, I needed a model with red hair. Than we the help of a stylist we recreated the outfit. And then after basic composition shot I took a lot of detail shots which where incorporated in the main image. It was a lot of cloning, stretching, drawing, pushing, lifting. It was almost as painting a new image looking at the reference and original painting standing next to me.

P.S. You might recognize the name Tadao Cern. We’ve featured his work a couple times before — he’s the guy who created the viral photos and videos of people having their faces blasted by leaf blowers.